Trigger Warnings: Trauma in the Classroom

A person’s emotional state can be completely transformed after being triggered by something traumatic. This transformation can happen every time a person’s trauma is triggered without warning.

Trigger warnings and their roles in the classroom were discussed on Friday by Rachael and Joel Peckham at Marshall University.

The couple, who both work English professors at the university, spoke to their colleagues and online viewers about their experiences inside and outside of the classroom regarding how they have come across and dealt with potentially triggering issues.

Rachael Peckham presented her research “Communicating Trigger Warnings in the College Classroom” and how she has come across triggering issues for students in the past, with and without warnings.

She spoke of a book titled The Coddling of the American Mind, which made her realize that those who oppose using trigger warnings do not understand the public’s past trauma.

While talking about the viewpoints of triggers and their warnings, she said that there are wrong ways to view what is and is not triggering.

“Discomfort is not the same as a traumatic response,” Rachael Peckham said. “Trauma is processed as fragmented memories, situational cues,” she said in reference to how students can store traumatic memories.

Rachael Peckham felt that Marshall’s English department was a department where the faculty did care about what could prove harmful to a student.

“I can think of few faculty that bring this together,” she said.

At other universities, Rachael Peckham found from research that about 40% of students said their warnings were not only not helpful, but also not harmful. Also, through the research she found that there existed an even divide of positivity and negativity towards trigger warnings.

While talking about using the warnings in her classroom, Rachael Peckham said that she has triggered some students by accident. She gave a warning the class day before the content was to be reviewed, but by misfortune that student had not been present that day. She said the student had to leave class and contact their counselor. Rachael Peckham explained that she felt at the time that she did everything right and was even a little angry at first, as she said this time it was not her fault. But after this feeling passed, she came to understand that it wasn’t anybody’s fault.

With that passing feeling, she said a new one had come over her. “I feel more anxious in the classroom,” Rachael Peckham said. Without knowing what a trigger can be, she said this can really hurt the classroom. “After all, the classroom can be both a safe space and a triggering place.”

Joel Peckham, who was also contributing to the talk with his own angle, shared a story of his past and a time when he was triggered without warning.

“It was glass, bent metal, loss and grief,” Joel Peckham said. This is something he said he carries with him now. “We live among the wreckage.”

He also said that nobody can always know what may trigger someone—as we are not that person—and that person may not think something will trigger them.

“Almost anything can be a trigger, and almost everything is,” Joel Peckham said. “We think we might know what might be traumatizing, but we don’t.”

Joel Peckham also said that he has missed warnings for potentially triggering things in his classroom, resulting in students becoming triggered.

“So many times, I have failed to protect,” Joel Peckham said. But he also understands that it is not just the classroom where a student can be triggered, “that student still has to live outside the classroom.”

Although issuing a warning for the classroom is one thing to consider, placing the warnings on works may not be a proper way to handle them either.

“Identifying certain works as dangerous, that concerns me,” Joel Peckham said. He also mentioned that marking works as dangerous because of sensitive issues within it will hurt what the warnings are for and how trauma is thought of. “Putting enough trigger warnings give a misconception of how trauma works.”

Trigger warnings given to work by the creators are a better attachment to it than by someone else, Joel Peckham explained. He described this as progress for the person, as they can come to terms with it and label it as their trauma and not trauma someone else says they have.

Rachael Peckham described the workshops for her creative writing students as healthy ways to express trauma and issues they were feeling but did not have a means to let out. She also said that this was a place where she didn’t think about the audience, as it was her reading what the students wrote. She said that on paper she was greeted with warnings before starting to read.

“I realize my students were thinking about audience more than I was,” Rachael Pekham said.

In attendance for the presentation, other members of the English department spoke of their issues with labeling trigger warnings and how they have adjusted to working with them. Some mentioned their issues with Marshall’s policy towards triggering content or, rather, its lack of a policy.

Without a policy, instructors are not required to put a warning on content and do not need to think carefully of what is and is not triggering. Some professors and instructors have received calls asking why they did not put warnings on some content when they did not know it was triggering.

Anthony Viola, a member of Marshall’s English department, has had classes where he used works with triggering content. He explained he came to the talk to see what ways he could learn to better his approach on trigger warnings.

“I put a trigger warning on my syllabus, but I’m not saying that’s an easy fix,” Viola said. “I feel comfortable putting it on my syllabus.”

Viola also said he uses the warning on his syllabus to give warning of the content in the class before students are past the point of no return. After students have seen the syllabus, Viola said he has had handfuls drop out in response.

“There are other things that could trigger student’s trauma that go beyond the material that I am assigning. This is a topic that is going to have to be debated for a while,” Viola said.

Viola also said that if the content was too much for the class, he would take into consideration finding something new.

Viola uses TV and film programs such as the Walking Dead and Mad Max: Fury Road in his class, along with other written works that include triggering topics and scenes.

The warnings given by instructors are for the protection of students and their well-being. Rachael Peckham said that using the warnings was not just to give a quick warning before going over triggering content, but also to give time to let the students prepare themselves for the content and take part in it or not.

“I think these are here to stay and I think ultimately they are a good thing to adopt,” Rachael Peckham said. 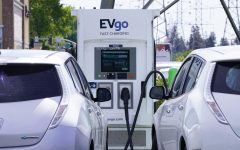 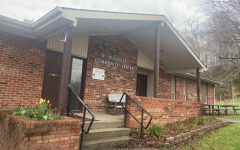 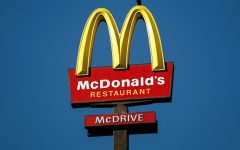 Students Pick Between Healthy and Cheap and Convenient

Dr. Caroline Light Presents “Whose Castle: The Weaponization of Self-Defense”

The disparities in self-defense laws will be the topic discussed by a Harvard University history professor when she visits Marshall on Mar. 28 for a l... 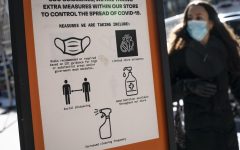 The Science Behind Masks and the Way We Listen 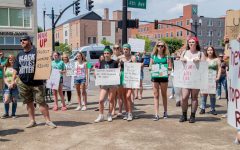 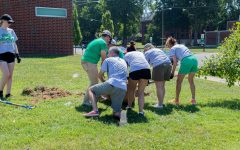 Community Comes to Campus to Work for Cares Week 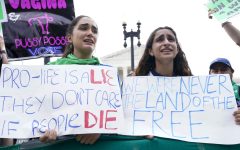 The Marshall University board of governors unanimously approved a plan to begin construction on a baseball stadium. The stadium will be behind Dot Hic... 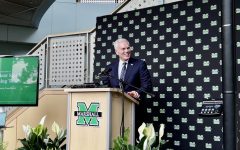