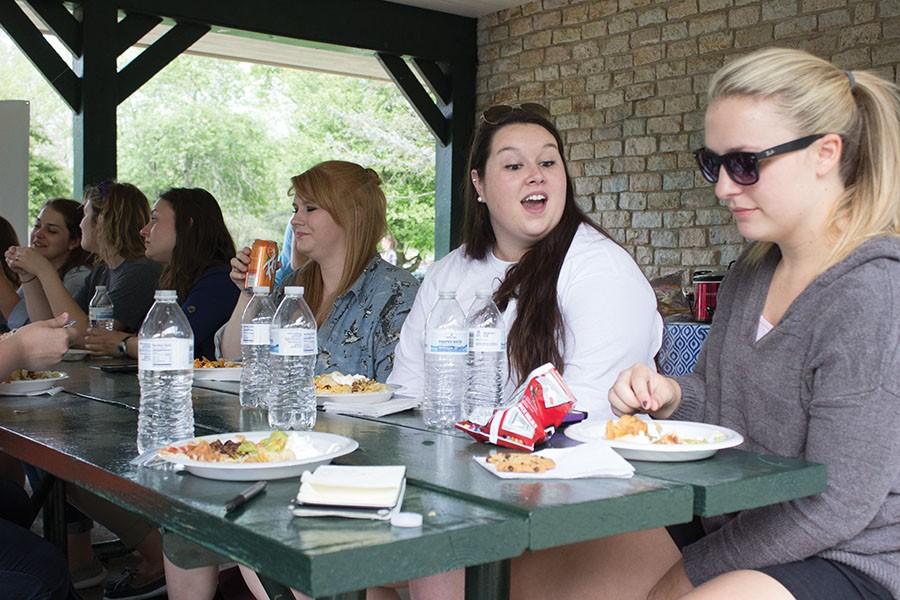 The picnic is hosted each year by the Honors College Steering Committee.

Steering Committee President McKayla Burgess said the picnic is one of her favorite events.

“It’s just a good way for everybody to kind of celebrate the end of the semester and get together one last time before everybody goes home for the summer or wherever they’re going to be heading,” Burgess said.

Steering Committee Vice President Sarah McComas said she was excited about the weather being nice for the picnic and about the student turnout.

Gilpin said she was proud of the students in the Honors College Steering Committee who successfully organized the event.

“I’m really proud of the students because they did it all themselves,” she said.

Honors student and forensic science major Isabella McMillion said she decided to come to the Honor College picnic because she did not know many people in the Honors College.

“I thought it was a good opportunity to meet other people,” she said.

Honors student and IST major Tim Johnson said he decided to come to the picnic because it seemed like it would be a good time and would be a good excuse for him to go bike riding in Ritter Park.

This year’s theme was titled “End of the Semesta Fiesta.”

“We wanted to do something a little bit different than what everybody’s been used to,” Burgess said. “It’s a nice break from the normal hotdogs, hamburgers kind of thing.”

Gilpin said the Honors College picnic each year also raises awareness about the Steering Committee and its events and it is a way for the Honors College to say thank you to the faculty who have taught for them throughout the school year.