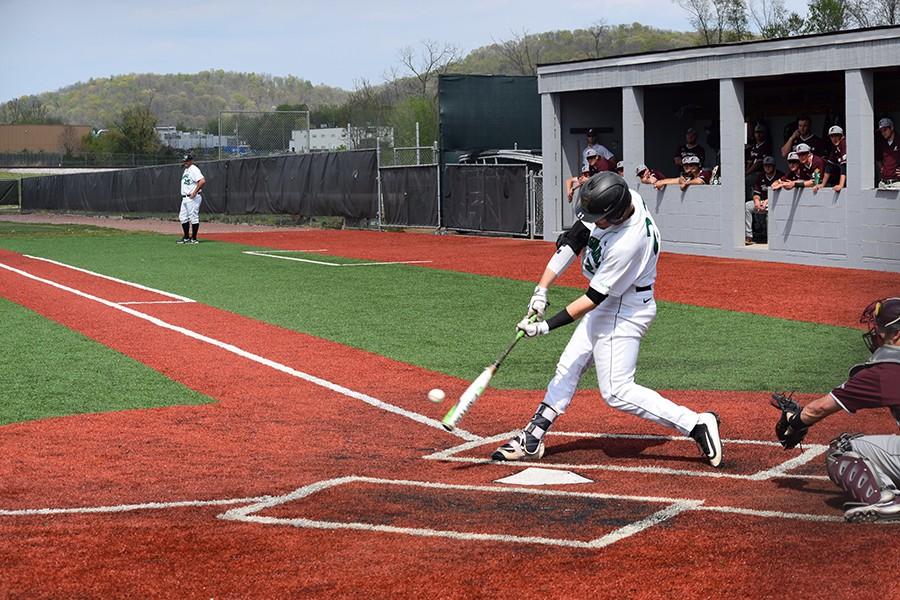 The Herd exploded in the first inning as it plated five runs against the Colonels, giving Marshall a 5-0 lead early in the game.

Marshall junior Corey Bird got things rolling for the Herd with an infield single and a stolen base. Senior DJ Gee came through with a single as well, moving Bird up to third.

After junior Tommy Lane was hit by pitch to load the bases, senior Ryne Dean hit a deep sac fly to score the first Marshall runner.

A ground-rule double to right field by junior Tyler Ratliff scored the second run of the inning for the Herd.

With two runners on base, junior Sam Finifer came to the plate and hit a three-run home run over right-center field to give the Herd a 5-0 lead over Eastern Kentucky.

After the offensive explosion in the first, the game became a pitching duel between the teams.

However, in the bottom of the seventh, Finfer scored again after a failed pickoff attempt by the Colonels pitcher, giving Marshall a 6-0 lead.

Wade said he felt the pitching had a standout day.

“I felt good today,” Wade said. “Our staff today did great and coming out in the first inning scoring five runs really helped. My main focus was just to keep the ball low and keep their offense to a minimum.”

“We had good preparation,” Waggoner said. “The guys came out with good energy. We hit some balls hard. And in baseball when you hit the ball hard, sometimes, that’s all you can control. During those few innings, they just weren’t falling through. Overall, our pitching staff did a great job at shutting these guys down today.”

Waggoner said he was most impressed with his pitchers.

“It was good to see Wade come out and win and throw strikes, Murphy coming out like he’s been from the pin; and most importantly, our two seniors that came in today pitching really well,” Waggoner said. “Vanfleet and Ross came out great at the beginning of the season then went through a bit of a drought. But they did great today, and we’re going to need them the rest of the season.”

Marshall heads to Charlotte, North Caroline Friday for a three-game series against the University of North Carolina at Charlotte (12-18) with first pitch set for 6 p.m.