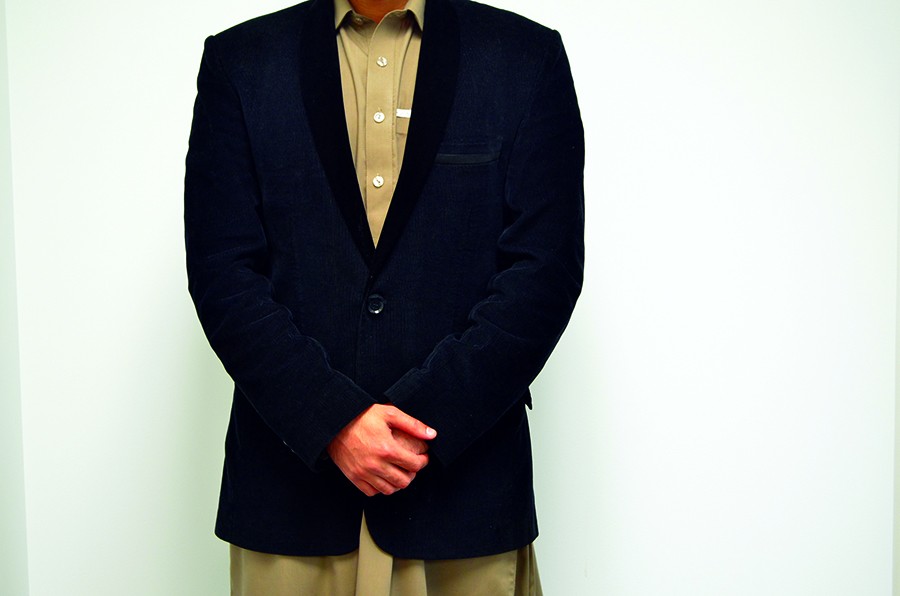 Fear. It’s a basic instinct that motivates most actions people take and views they possess. Fear can cause lines to be drawn when they should be crossed. It can cause divides where things should be coming together. It can cause hatred where there should be understanding.

Prevalent ideas present in today’s media and politics seemingly capitalize on individuals’ natural fear of the unknown. Many of the attacks are targeted at specific religions.

In an effort to promote love, equality and acceptance, one must explore the things that make us similar.

West Virginia is nestled deep within the Bible belt, with 78 percent of people in the state identifying themselves as Christian. Christianity is a religion that promotes loving others and doing good. At their core, most other religions are focused around these basic concepts as well.

At the end of the day, individuals should focus more on what makes them fundamentally the same rather than debating over who they pray to.

This series will focus specifically on those individuals considered to be religious minorities in the mountain state. Included are interviews from atheists, Buddhists, Catholics, Hindus and Muslims, who are sharing their stories in an effort to promote understanding about one of the most controversial topics present in today’s society: religion.

Meredith O’Bara is a freshman pre-nursing major from West Virginia. O’Bara is considered a “cradle Catholic” because she was born into a Catholic family.

O’Bara said she feels West Virginians are more open to understanding Catholicism because of the deep Christian roots in the state, but people still sometimes let preconceived notions get in the way of understanding.

“My first thing would be to say they view it [Catholicism] more on the judgmental side than anything else, but I think that goes a lot with the world in general,” O’Bara said. “I think they don’t really know a lot about the faith. I think that because we are so big and so prominent, everybody has their own opinions on it.”

Despite the fact she was raised in a Catholic home, O’Bara said she chose to continue practicing the faith on her own when she was older.

“I grew up Catholic, but definitely when I was a younger teenager I decided to continue following that faith, and I love being Catholic,” she said. “I wouldn’t change it for anything. Just the beauty and the vastness of the faith, I think, is my favorite part about it.”

Nguyen Thai is a senior management major from Vietnam. He was born into a Buddhist family, and has practiced the religion since birth.

Thai said, in his experience, Christians sometimes believe their faith is the only one out there. He said individuals have attempted to tell him that his beliefs are wrong because of this.

“It’s just my opinion, because I think that Christian people, they just believe that God exists, that is the only faith,” Thai said. “But I don’t think so, just because it depends on each type of person… Some of my friends that do believe just told me that Christianity, like God, is the only faith that you need to, like God save you so you need to believe him. But it’s not true because somewhere out there is maybe something else they can believe in.”

Thai said Buddhists use similar worship habits as Christians, even though the two religions’ views are different.

“We pray every day, like the same as you, like Christian(s), like Catholic(s),” Thai said. “We have different people, like this person [Sitatara]. When you pray to her, she will give you a help about improving your health. We have so many different type of Buddha.”

Muhammad Sohaib is a graduate student studying engineering management. He is from Pakistan and has been Muslim for his entire life.

Sohaib said Muslims always face Mecca when praying five times daily to remind themselves they are all human and are all viewed the same in the eyes of God.

“We think that all human beings are equal, nobody is inferior to other, so by this, we think everybody facing to the same direction, it means all of us are equal in the eyes of God,” Sohaib said. “It doesn’t matter if you’re poor or rich, what race you belong to, you’re a human being.”

Sohaib emphasized the fact that most attacks from ISIS and the Taliban are pointed at people from his country and surrounding areas, and that one should remember this before stereotyping the entire Islamic faith.

“I’m from a region that’s facing a lot of these issues,” Sohaib said. “People blame us sometimes for the wrong stuff that’s going on in the world, but I think, from what I’ve seen, my country and our people have suffered the most out of it. I’ve seen a lot of bomb blasting in front of my eyes… Stereotyping Islam, that should not happen.”

Gowtham Alla is an INTO student from India. He has always practiced the major religion of his country: Hinduism.

Alla said he experienced a wide variety of religious backgrounds in his home country. He said that while the United States seems to pride itself with being a multicultural “melting pot,” there is not a wide variety of areas on worship, specifically in West Virginia.

“We in India have many religions, like nearly 10-15,” Alla said. “I belong to Hinduism, which 80 percent of Indians are Hindu… While living here, we used to go to other states to visit the temples.”

Alla discussed the different gods within the Hindu faith. He said that outsiders sometimes consider their gods to be relaxed, but this is not always the case.

“My friend asked me that whether in Hinduism there are really relaxed gods,” Alla said. “We used to say that there are some gods, like not relaxive gods but we believe in some of the gods who are existing to show kindness.”

Abubakkar Siddique is a graduate student studying engineering management. He was raised in a Muslim family in Pakistan.

Siddique discussed the importance of the traditional clothing to Islamic culture because he wears these clothes every Friday.

“In our Islam, it is that at least your body should be covered before you pray to God, so in wearing my traditional dress with my body covered while praying to God, it’s in respect to him,” Siddique said.

Siddique said he is not bothered by people in the public sphere today like Trump. He said he has nothing to fear from him because Islam is a religion of peace, and that peace it what he practices every day.

“I think they already know Islam as a religion, everyone already know enough about it, that it’s a religion of peace and all that stuff,” Siddique said. “There are good people and there are bad people in every religion, and as far as Trump is concerned, I don’t think we should give much value to him. He, let him do whatever he wants to do. I don’t care whatever he does as far as you go. You do your things right, you don’t have to be worried.”

Srikanth Podili is an INTO student. He was raised Hindu in India.

Podili said he enjoys the faith because it’s something his parents taught him about all his life. He reiterated the point that there are no Hindu temples in the mountain state.

“As my parents follow Hinduism, so do I also. I’ve believed Hinduism all my life,” Podili said. “I think in West Virginia there is not much about Hinduism. The people are not here. We haven’t even seen a Hindu temple right here.”

Podili said the lack of knowledge of the faith can lead people to discredit it completely. He said that people never really ask questions to try to get to know what the faith is really about.