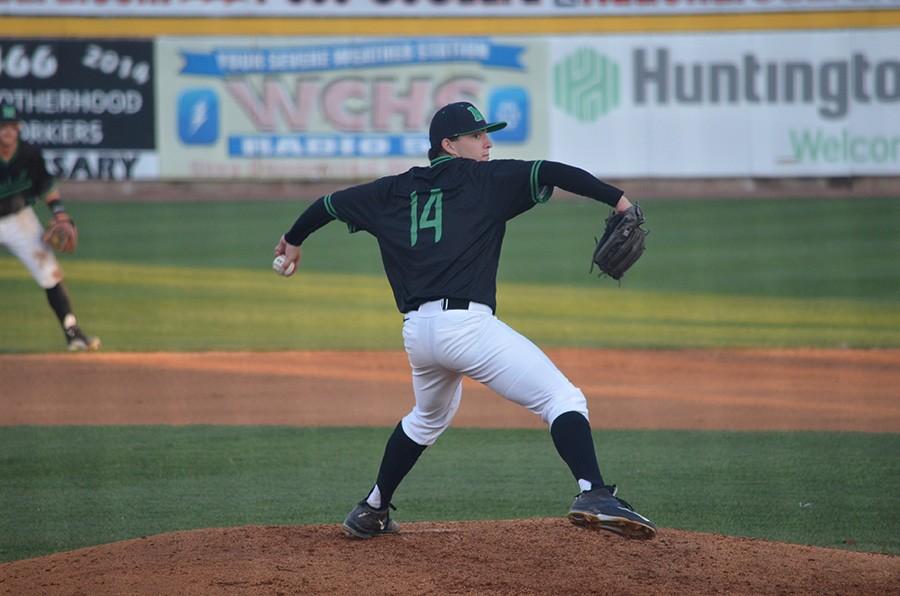 Florida Atlantic, who sits in second place in Conference USA, is ranked 16th in the NCBWA poll and 17th in the USA Today Coaches Poll.

Marshall traveled to Texas for a three-game series against University of Texas at San Antonio last weekend where it walked away with a series win that propelled the team past .500 in conference play.

In Marshall’s last outing against UTSA, a four-run eighth inning gave Marshall the support it needed to take the series with a 5-2 win over the Roadrunners.

A pitchers’ duel broke out between Marshall and UTSA as Herd senior JD Hammer went six innings and allowed one run off five hits and five strikeouts.

Ryne Dean was the first to get the ball rolling for the Herd after he hit a solo home run in the top of the sixth inning, the senior’s first of the season.

However, Marshall went to work in the top of the eighth inning after junior Tyler Ratliff hit a double that scored senior Aaron Bossi and junior Tommy Lane.

Dean said the team is looking forward to its matchup against the Owls.

“We’re coming off a really good series win against UTSA,” Dean said. “And if we just keep that rolling into this weekend, we have a really good shot at beating a top-25 team. The most important thing for us this weekend is just focusing on ourselves and not FAU’s rankings.”

Junior Burris Warner said he thinks the Herd is more than prepared for the Owls.

“We’ve faced some top-25 teams already this year,” Warner said. “And we’ve done really well against them. We haven’t always won, but they were usually close games. And we can’t treat this team any different.”

The second game begins 4 p.m. Saturday, with the finale set for noon Sunday.

If the Herd wins the series against the Owls, it will be the first time it has won four C-USA series in a row.

Marshall is in fourth place in C-USA, trailing the University of Southern Mississippi (11-1), Florida Atlantic and Rice University (9-3).

Brittanie Fowler can be contacted at [email protected]edu.