Faces of religion in West Virginia 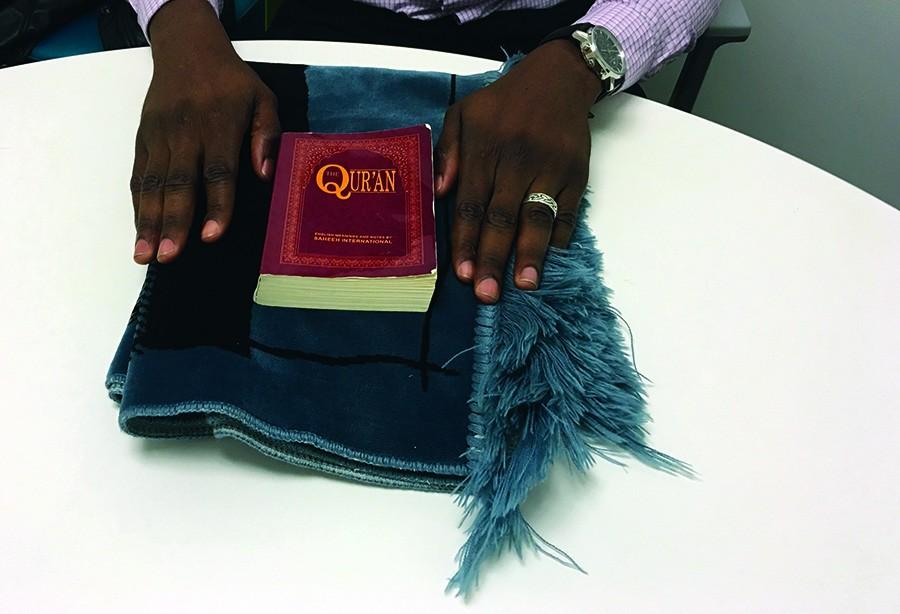 Fear. It’s a basic instinct that motivates most actions people take and views they possess.

Fear can cause lines to be drawn when they should be crossed. It can cause divides where things should be coming together; it can cause hatred where there should be understanding.

Prevalent ideas present in today’s media and politics seemingly capitalize on individuals’ natural fear of the unknown. Many of the attacks are targeted at specific religions.

In an effort to promote love, equality and acceptance, one must explore the things that make us similar.

West Virginia is snuggled deep within the Bible belt, with 78% of people in the state identifying themselves as Christian.

Christianity is a religion that promotes loving others and doing good. At their core, most other religions are focused around these basic concepts as well.

At the end of the day, individuals should focus more on what makes them fundamentally the same rather than debating over who they pray to.

This series will focus specifically on those individuals considered to be religious minorities in the mountain state. Included are interviews from atheists, Buddhists, Catholics, Hindus and Muslims, who are sharing their stories in an effort to promote understanding about one of the most controversial topics present in today’s society: religion.

Ben Heil is a senior nursing major from Ohio. He is considered a “cradle Catholic” because he was born into a Catholic family.

Heil said he has received a wide range of reactions from people about the Catholic faith, ranging from people not knowing that Catholicism is a sect of Christianity to individuals thinking they are cannibals because of their practice of communion.

“One person thought we were a cult; a lot of people know nothing about Catholicism. Some people don’t even know we’re a branch of Christianity, so it really covers the spectrum of opinions.”

Heil clarified what he felt to be the most common myths surrounding Catholicism.

“We don’t worship Mary at all. We just hold her in a very high regard because she is the mother of Jesus. So, we think she was the first person to really, fully, truly accept God’s will for her life even though she wouldn’t know what that meant for her life… We don’t eat people, we’re not cannibals. So, basically, just the same way God or Jesus was fully God and fully man, we believe that the wine, the bread and wine, is fully bread and fully His body at the same time.”

Malak Khader is a graduate student studying public administration, who is from West Virginia. Khader has been a Muslim since she was born.

Khader said being a woman in the Islamic faith is sometimes challenging because people believe she is oppressed.

Khader emphasized she feels the misconceptions most commonly come from people taking the things they see in the media at face value without doing research.

“If you would’ve asked me this question a year ago, I would’ve thought people were a little indifferent about Islam because they didn’t know about it. Now, with Trump and Cruz and all this other political stuff, I feel like Islam is not viewed very positively. The media puts a spin on it.”

Sarah Kitterman is a professor with the INTO program who was raised in Indiana. She has been an atheist for nine years.

Kitterman said she was brought up in a Christian home, but did her own research in college and ultimately decided that this belief system was not for her.

“I was raised Christian, Presbyterian. By the time I was 20, I had de-converted. When I was in college, I kind of read the Bible for myself and decided it wasn’t for me. I did some research online and eventually just stopped believing in stuff.”

Kitterman said she has received a wide variety of hate online and has received calls for prayer in the real world.

“Here in real life, away from the keyboard, I’ve had people ask if they can pray for me… Online, you know, I’ve had civil discourse, just trying to share ‘what do you believe, what do you not believe,’ all the way to being told that I should kill myself because I don’t think like this, or that I can’t love anybody because without the love of God you can’t have the love of any other type I suppose.”

Shehu Junaidu is a graduate student from Nigerian studying transportation and infrastructure. He has been a Muslim for his entire life.

Junaidu said he sees misconceptions being portrayed about Islam every day, but he does not blame anyone for their misunderstanding of the faith.

“If you believe in this, that’s just who you are: your book, your prayer, and the teachings of the prophet. That’s all, and that’s just Islam, not what is being said or taught around the world… People don’t know, and like I said before I don’t blame any single person, because it’s my job to teach you and teach everybody what Islam is all about, not what is portrayed on the media and in the movies.”

Junaidu said the terrorism and hatred being associated with his faith is not at all the religion that he has grown up practicing.

Sethuraman said many people believe India consists entirely of individuals who practice Hinduism, but that is not actually the case.

“India is not just about Hinduism. We have a Christian population… India has more Muslim population than other Muslim countries in the world. So we have Muslims, Buddhism, Jainism, Sikhism, everything we have in India. So I got used to almost all the cultures and almost all the religions.”

Sethuraman said the low population of Hindus in West Virginia has kept him from ever being able to go to a temple because the closest one is located in Charleston and he does not have an American driver’s license.

Alhajri said the misconceptions can sometimes go both ways. He said he was surprised by the dominantly accepting atmosphere in Huntington.

“They were actually, they didn’t give me any opinion. They didn’t see me as any different person, they treat me just as any other person, which was great and I was really really surprised by it… They actually don’t tend to ask me other things, they don’t get deep into it. I guess they’re afraid of some kind, I don’t know.”

Alhajri emphasized people should not view organizations like ISIS as a basis for the entire Islamic faith because they actually go against the fundamentals of Islam that are laid out in the Quran.

“You definitely know ISIS. What I’m going to say is, there’s a rule about suicide, and suicide in Islam is forbidden. So, with that, suicide bombers are not Muslims since they made suicide… Second thing is we cannot attack other people with no reason. We’re only allowed to do it if they’re attacking us. And since nobody is attacking us, that doesn’t justify anything that ISIS do.”