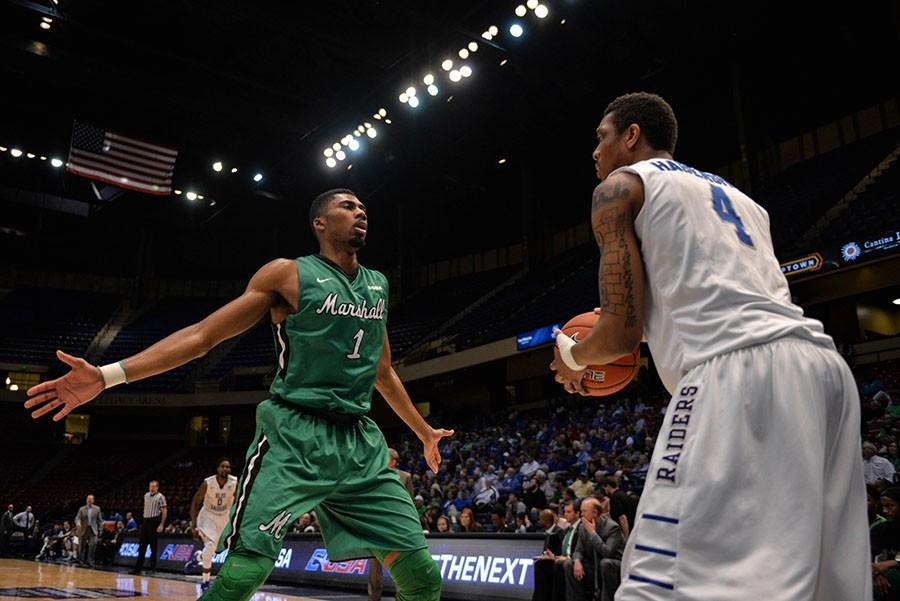 Thompson also worked with the INTO Mentoring Program and Huntington City Mission.

Thompson also visited local schools to talk about the importance of setting goals and read books to students.

As for his academic achievements, Thompson maintains a 3.40 GPA as biology major with plans to attend medical school after graduation to become a doctor.

In addition to his impact on the community and his work in the classroom, Thompson also contributed on the hardwood this past season.

The sophomore scored a career-high 11 points to go with eight rebounds in the team’s 87-85 victory over the University of Texas at El Paso March 10 in the Conference USA Tournament Quarterfinals.