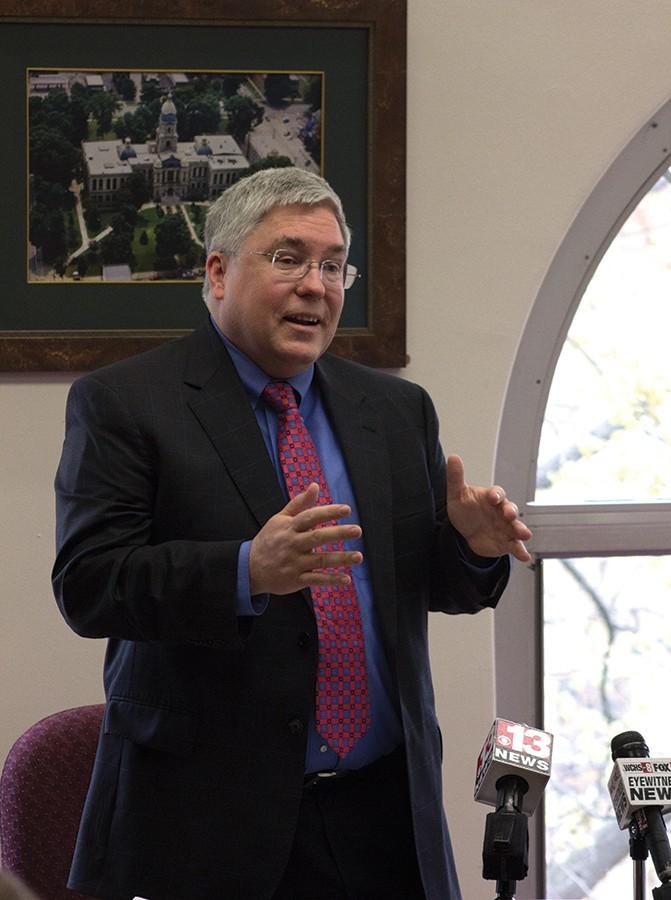 The merger, which was announced in August 2014, would join Cabell Huntington Hospital and St. Mary’s Medical Center. The Federal Trade Commission issued an administrative complaint in November 2015 citing fear of a monopoly.

Morrisey discussed the recent passing of SB 597, which could allow the merger to proceed if the hospitals obtain a certificate of approval.

Morrisey said his office and the healthcare authority have 75 days to review the application and will be opening a comment period within a few days.

“That will provide for interested parties to submit comments,” Morrisey said. “This needs to be a transparent process.”

Morrisey said the FTC can still challenge the law and the underlying acquisition, but he thinks the efforts will fail.

“We believe the new law will provide our office with some additional tools to defend this merger,” Morrisey said.

Morrisey said his office originally had concerns about the merger before “assurances” were made.

“We worked closely with the hospitals who cooperated in that investigation,” Morrisey said. “And ultimately put together two assurances. In order to assure for appropriate pricing and relief for consumers and for the quality of healthcare services in Cabell County.”

Morrisey said he thought surrounding counties would be affected positively by the merger.

“We’ve seen some statistics where people go to CAMC, where they travel a long period of time,” Morrisey said. “I think if you have new, quality centers and a more powerful combination that’s going to be more attractive for people in the entire region.”

Clara Maynard can be contacted at [email protected]