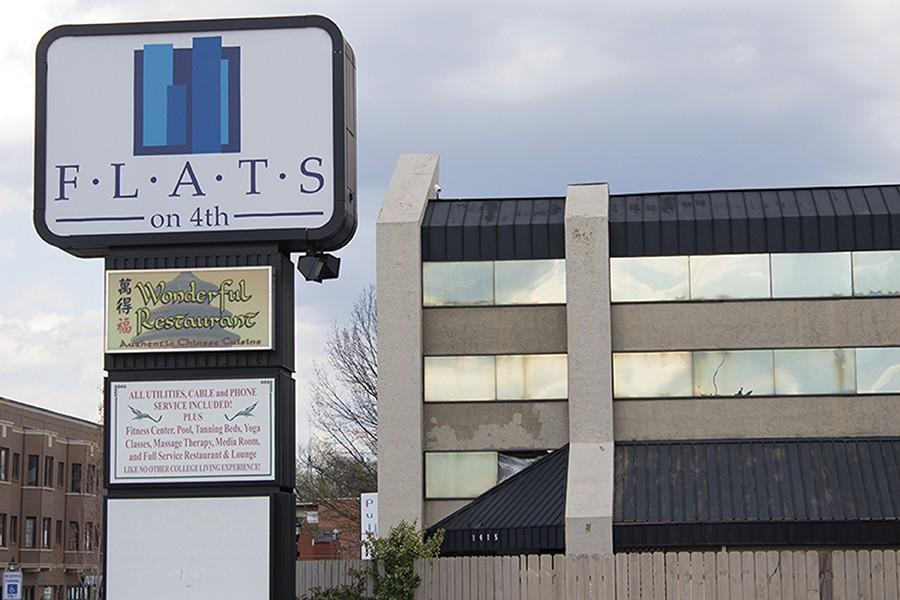 A window knocked out by fire responders to help ventilate the second floor of The Flats on 4th, April 4, 2016.

A fire broke out through the halls of local apartment complex The Flats on 4th Avenue in Saturday night leaving more than 100 tenants temporarily displaced.

Dennis Johnson, Owner of Marshall Apartments, which includes The Flats, said all tenants were reported safe and did not need any medical attention. However, the building did suffer fire damage.

According to Johnson, all tenants were moved to a Huntington hotel until the building was safe and clean for tenants to move back in. Johnson paid for all hotel expenses totaling over $10,000.

Johnson said the known cause of the fire was the result of an electrical combustion which disabled the fire alarm. The building endured a secondary fire caused by a cigarette being thrown into a waste basket inside of the complex.

Though the alarms were disabled, tenants made it out safely.

“We responded well and no one was injured,” Johnson said. “We just want to ensure the safety of the students we have living within our complex.”

Marshall Apartments along with the Fire Marshal and state officials are continuing to research the incident.

The building was inspected by officials Monday morning.

Tenants were able to move back into the complex Monday evening.

Darius Booker can be contacted at [email protected].