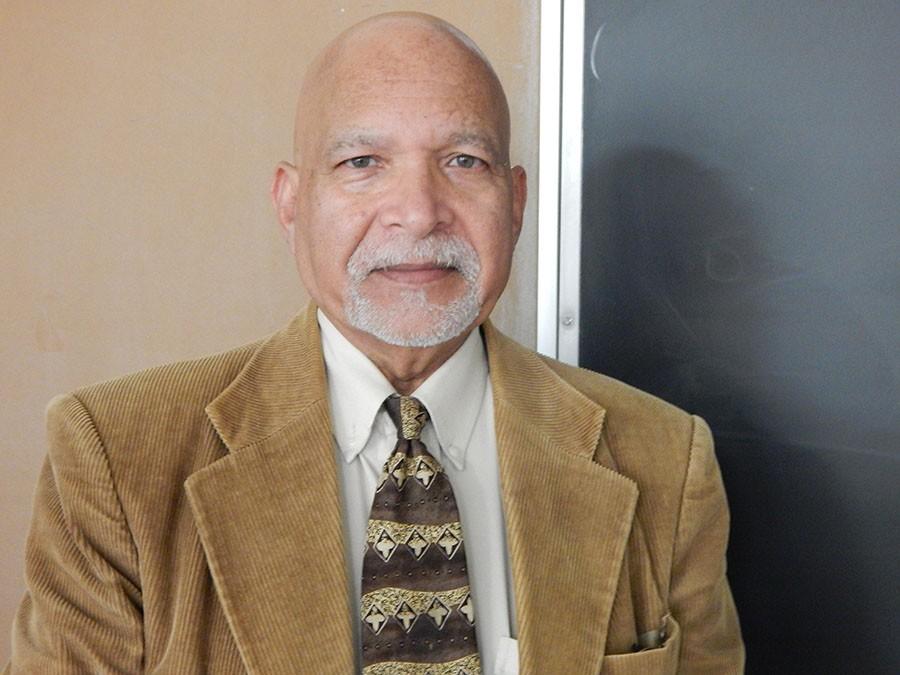 Marshall University marketing professor Uday S. Tate is a native of Sidhpur, India. Tate was raised in India and attended two universities in India before coming to the United States.

Tate came to the United States from India in 1973 to further his education. Tate moved to Illinois where he was accepted into Western Illinois University and graduated with his master’s degree in business administration degree in 1975.

“Illinois is my hometown in the United States,” Tate said. “Even though I wasn’t born there, it is what I call home here.”

He then went on to get his doctorate from The University of Tennessee-Knoxville in 1983.

Tate said although he has been teaching for many years he did not always see himself as a professor. Tate said while he attended MS University of Baroda in India, he was also a part of the Indian Army from 1963 to 1966. Tate fought in Rann of Kuchh and Barmer, Rajasthan during the Indo-Pakistani War in 1965. Tate said he did not pursue teaching until he began school in the United States.

Throughout his teaching career, Tate has received numerous awards, honors and recognitions.  From 1983 to 2013, Tate had been recognized as session and panel chair at professional conferences including, Marketing Management Association, Academy of International Business, Midwest Business Administration Association and Association of Collegiate Marketing Educators. Tate’s most renowned award was the Best Teaching Award at Southeastern Louisiana University. From 2003 to 2012, Tate received seven awards while he has been a professor at Marshall University. These awards include the Lewis College of Business Outstanding Non-Tenured Faculty Award, Service Award from the dean of the Lewis College of Business, Recognition for Service Award from the Marshall executive MBA Class of 2007, 2009, 2010 and 2012.

“Marshall has given me opportunities to develop several marketing electives,” Tate said. “It has given me the opportunity to design an Executive MBA program that was one of the hallmarks at Marshall University.”

Tate said his executive MBA program generated over 1.5 million dollars for the Lewis College of Business at Marshall University. For this program, Tate was the overall administration of the program, helped develop and manage the program budget, supervised the Executive MBA graduation ceremony and arranged for guest speakers to talk among other duties. Tate said the program was actually suspended due to low enrollment before he took over. Tate went on to improve the program in more ways than one. From 2006 to 2011, the program grew tremendously. In 2006, 15 students enrolled, 28 in 2008, 30 in 2009 and 17 in 2011.

Tate has published over 30 articles in marketing-related journals. Tate said he has presented regionally, nationally and internationally at professional conferences. Tate has also done a number of services for the college of business. From 2004 to 2010, Tate developed a few marketing courses in the India-MBA Program at Bangalore, India. From 2006 to 2012, Tate was in charge of Assurance of Learning for EMBA and MBA Programs. From 2013 until now, Tate has been a member of college of business Committee for International Education and Opportunities Development.

Tate said teaching is really a passion for him and he thinks it is more than that and believes Marshall encourages and appreciates professors who really are passionate about helping their students. Tate became a professor to share his knowledge and prepare his students for successful career paths.

“I like that he interacts with the class and relates topics he’s teaching to his students personal experiences,” said junior marketing major Rikki Meckstroth. “His background of living in India and his method of teaching about different parts of this country make his lectures interesting to listen to.”

Tate said he hopes to one day be remembered at Marshall by the students he has taught as a professor who tried to help them in their career and for the successful EMBA program he was in charge of from 2006 to 2012.

Tate said the things he loves most about Huntington are the people and their warm welcome and the climate. Tate said he really loves having all four seasons in this state. Although Tate said he enjoys it here, he is far away from his wife Fabiola, who lives in Colombia, South America. Tate said he plans on moving there with her once he retires from teaching.

Logan Parkulo can be contacted at [email protected]