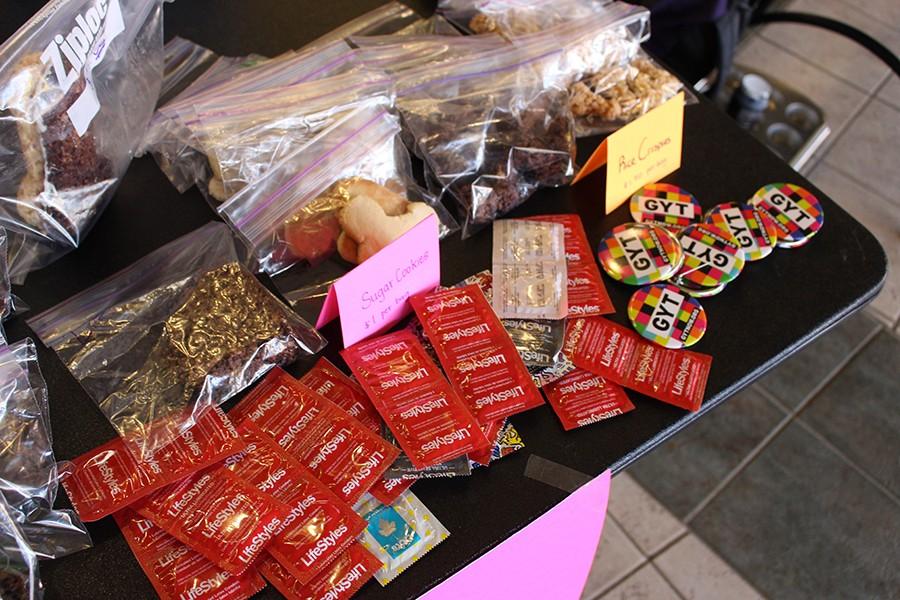 The Students for Reproductive Justice sponsored a bake sale Monday to raise money for Sex Week.

Members of the organization set up a table selling baked good in the shape of sex organs to raise funds for an event they are planning for late April.

Students for Reproductive Justice is a group of advocates for reproductive justice and reproductive rights, but are also involved with phone banking nationally for Planned Parenthood as well as lobbying at the West Virginia Legislature.

President of Students for Reproductive Justice Hallie Andrews said the organization wants to clear up common misconceptions about sex education, contraceptives and just sex in general, as well as help the organization become known.

“We’ve raised a lot of money but I think the most rewarding part for me is having people laugh and ask about our organization, because that’s how we get people who remember us,” Andrews said.

Murphy said a Planned Parenthood representative suggested the organization sell goods but charge more for men than women, but they decided against it. Murphy said the group didn’t want to alienate any group of people from buying their goods so they went a different route and made sex organ-shaped baked goods.

“We were trying to be really conscience of hitting all the bases and covering everything,” Murphy said. “All the penis cookies are different shapes and sizes: we were like size doesn’t matter. So we were trying to be as inclusive as possible.”

Murphy said they decided to just go for it and see how the bake sale went.

“We weren’t too worried about offending people with the dick stuff because you’re either going to get offended by it or you’re not,” Murphy said. “There’s not a way to change that.”

Andrews and Murphy both said the misinformation about sex in West Virginia is unfortunate and that too often schools only teach abstinence to avoid teaching students how to deal with sex. The group is raising money for Sex Week, a week dedicated to combating the fallacies associated with sex and to provide information on the types of contraceptives. Sex Week will be held in late April.

Cheyenne DeBolt can be contacted at [email protected].