Take a walk on the Mayor Steve side 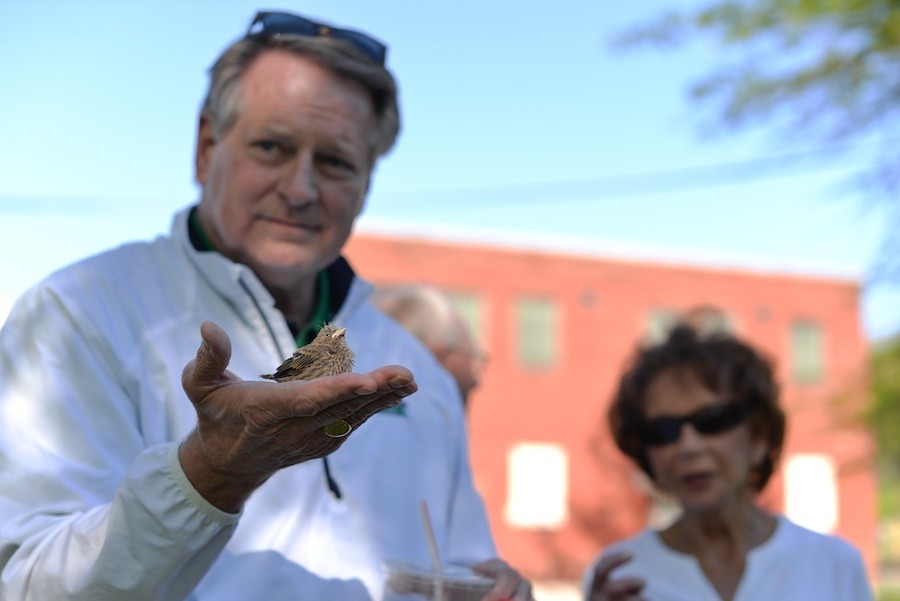 Huntington Mayor Steve Williams rescues a baby bird from the street during the inaugural installment of the Walk with the Mayor series April 29, 2015 in the Westmoreland Neighborhood.

Mayor Steve Williams resumes his community walks through Huntington’s neighborhoods this spring in an effort to motivate residents to become more active.

Williams kicks off the 2016 edition of “Walks with the Mayor” Wednesday, March 16 on the Southside. He will meet residents at 5 p.m. at the Southside Elementary School bicycle shelter at the corner of 9th Avenue and 2nd Street for a 90-minute walk through the neighborhood.

Williams walked through each of the nine City Council districts at least once last year. According to a release from the city, he hopes to visit more areas in those districts this year.

“This is a great way to demonstrate to the community that we should get outside more and see firsthand the concerns that our neighbors have,” Williams said in the release. “City Hall isn’t just a building at the corner of 5th Avenue and 8th Street. I want our residents to know that I’m willing to walk the extra mile to hear and see how their neighborhoods can be improved.”

The Mayor’s Office is working with neighborhood associations to establish starting points and routes for the walks.

Clara Maynard can be contacted at [email protected]