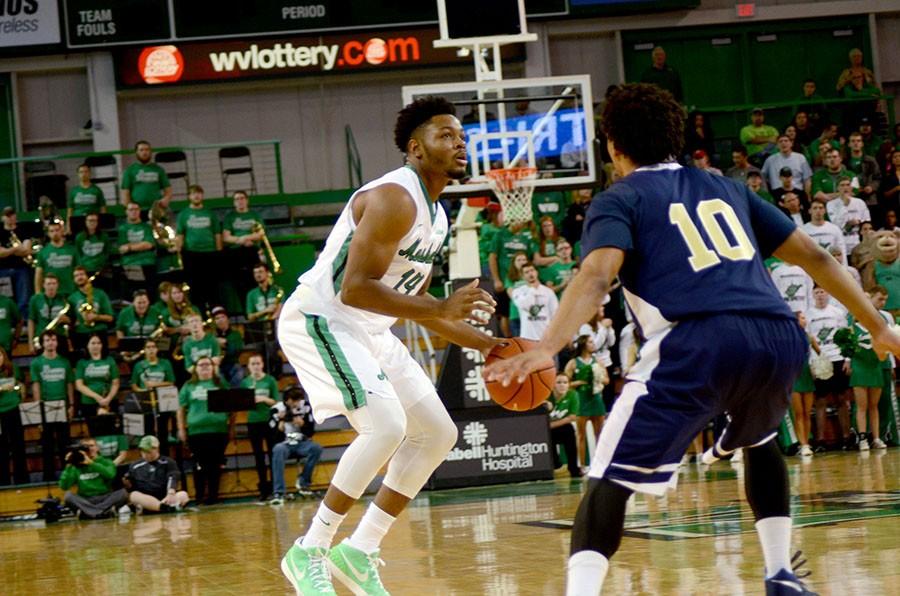 While Marshall University men’s basketball team is in a three-team tie for the second-best in-conference record (11-5), one stat the Herd is running away with this season is 3-point shots made.

In 29 games, the Herd has knocked down 290 3-pointers. After Marshall, the University of North Carolina at Charlotte has made the second most with 236 in 29 games. The University of Southern Mississippi is third in the conference with 232 in 27 games.

Junior guard Austin Loop leads the Herd with 72 made 3-pointers, which ranks fifth in C-USA.

Loop said while the team is not concerned about how many 3-pointers it knocks down, he enjoys the idea of the team’s success being controlled by the players.

“I think it’s nice knowing that our faith is in our hands,” Loop said. “We are going to take care of business to seal the deal on the second seed.”

Junior guard Stevie Browning, who is tied with senior forward James Kelly for third on the team with 40 3-point shots made this season, said the team tries to only take high percentage 3-pointers.

“We just don’t stand around and shoot random 3s,” Browning said. “We shoot specific 3s. We get a lot in games. We know we get them a lot because we watch film.”

Aside from Loop and Browning, sophomore guard Jon Elmore has made 57 3-pointers in 21 games this season. Redshirt freshman C.J. Burks is fifth on the team with 29 made 3-point shots.

Loop said while the 3-point shot may be his specialty, he is not a one-dimensional player.

“I think I have more to my game than I really show at times,” Loop said. “I can dribble better and get to the rim better than I usually show. I think that comes with me getting comfortable.”