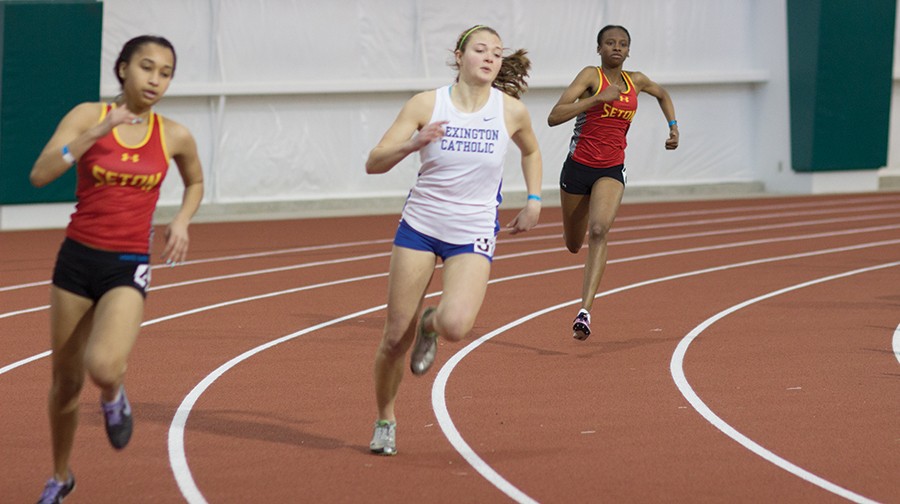 The meet, which consisted of sprints, distance runs and field events, was open to any high school student, grades 9-12, who registered for the event.

Fletcher, who has competed since he was in the seventh grade, said he started competing against AAU athletes in 2008 after encouragement from his coaches.

“I realized how talented I was,” Fletcher said. “And I decided to get better.”

Fletcher said while he has practiced with his AAU team, his high school team will not begin practicing until the spring.

The high school athletes who participated had the opportunity to meet Marshall athletes, including members of the university’s track and field team who assisted the high school students during their respective events.

Sophomore Melany Belot, who is a sprinter, hurdler and jumper for the Herd, said she was glad to help out and support the high school athletes.

Belot said she knew from an early age that she wanted to be a collegiate athlete one day, and she saw the potential to achieve the same goal in many of the athletes at the meet.