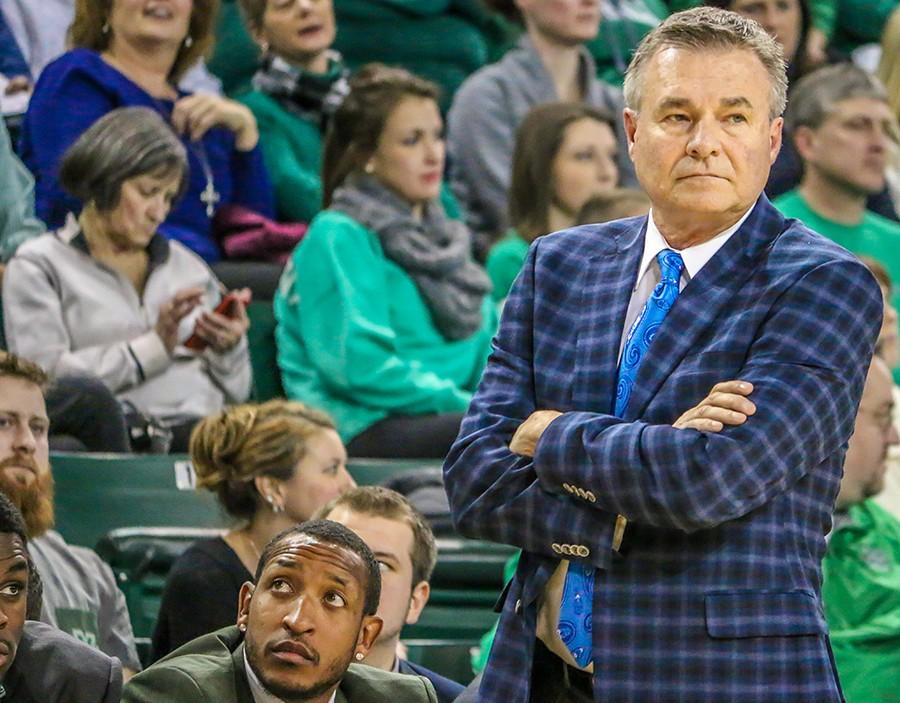 Marshall University men’s basketball head coach Dan D’Antoni has uplifted the program to new heights since returning to his alma mater in April of 2014.

In his second season at the helm, D’Antoni has coached the team to a 15-12 overall record and an 11-3 conference mark, which has the team in second place in Conference USA with four games remaining in the regular season.

Marshall is currently on a four-game winning streak, and the program will play one of the biggest games in years Thursday when it hits the road to take on conference-leading University of Alabama at Birmingham.

“They’re difficult to score on, and they score really well. They’re a good team,” D’Antoni said. “We are going to go out there and give it our best shot”.

A win would be instrumental to the Herd’s chances of capturing the regular season Conference USA championship, an accomplishment that would further prove D’Antoni has engrained a new culture of winning within the program.

Part of D’Antoni’s success can be attributed to the fast-paced and free-flowing style of play he brought with him to Marshall.

One of the players who has seen his career arc improve under D’Antoni is senior forward James Kelly, who transferred from the University of Miami (FL). Kelly is averaging 20.6 points and 9.9 rebounds per game this season.

Although Kelly is set to graduate at the end of the season, D’Antoni said he is confident his production can be replaced as others players take on enhanced roles.

“This program is moving forward,” D’Antoni said. “The best player on our team next year will step up and take on a larger role.”

After a trying first season as head coach last year, D’Antoni said the biggest difference between this year’s team and last year’s team is attitude.

D’Antoni said the players last year had to adapt to different things, such as being more active within the community, changing how they conduct themselves and earning better grades, but this season those new standards didn’t have to be implemented. Still, D’Antoni said last year’s team played an important role as far as the program he wants to run at Marshall.

“I thank all the guys from last year, they were the start of the turn,” D’Antoni said.

However, the team isn’t looking back at last season, it’s focusing on what it has to do in its last four games of the regular season to earn a conference championship.

“Our chance of winning conference is just as good as the other teams,” D’Antoni said. “We’re capable of winning; if we’re lucking we will be champions.”