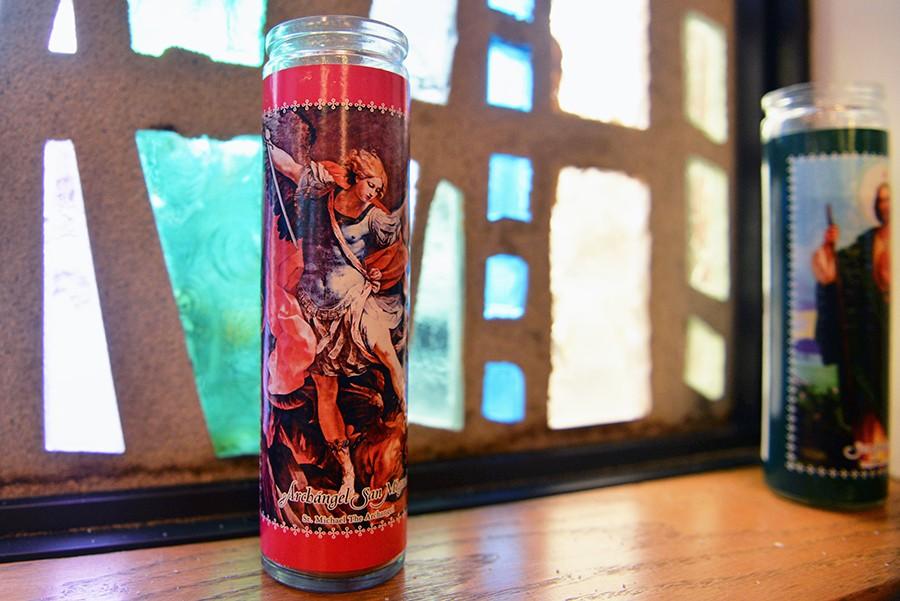 A votive candle honoring Saint Michael the Archangel sits along the windowsill at the Newman Center.

Observing Lent is a sacred tradition in the Christian church.

Lent is the 40 day period dedicated to reflection, prayer and fasting in order to prepare for Easter.

These 40 days are meant to symbolize the 40 days Jesus spent fasting in the desert where he endured temptation from Satan in the gospels of Matthew, Mark, Luke and John.

To honor Jesus’ sacrifices in the desert and sacrificing himself on the cross, Christians –as well as non-Christians –give up extra luxuries or abstain from certain activities during the Lent season.

Many students on Marshall’s campus will be observing Lent this year.

Here’s why they feel this tradition is important and what they will be giving up or doing extra this season.

“I’ve always grown up Catholic, so it’s just kind of been instilled in me and I think it’s important because Jesus spent the 40 days in the desert, so we’re kind of emulating him. I’m going to try to not be as wasteful, like with my food and other products. I’m going to try to reduce spending and just try to be a little more earth-friendly.”

“The least we can do is do what he did. I’m going on a diet for these days until Easter and then I’m reducing my spending as well.”

“It’s just really good to spend 40 days trying to bring yourself back from everything else that the world tells you is right and to figure out what’s actually right for you. I’m giving up grabbing my phone as soon as I wake up and spending like 30 minutes on it in bed before I even get out of bed. Then I’m giving up going to the same restaurants over and over.”

“I believe observing Lent is important because I think it helps bring people closer to God and it also helps people to realize what is really important to them. This year, I will be giving up curse words because I feel like I use them much too often and I feel like they just bring more negativity into my life.”

“As Catholics we believe in sacrifice for our religion, for our faith in Jesus Christ. Just as Jesus sacrificed his own life, we can also sacrifice something too, so that’s what we do during Lent. I’m probably going to do something along the lines of praying the rosary every day, or part of it at least once every day.”

Nancy can be contacted at [email protected]