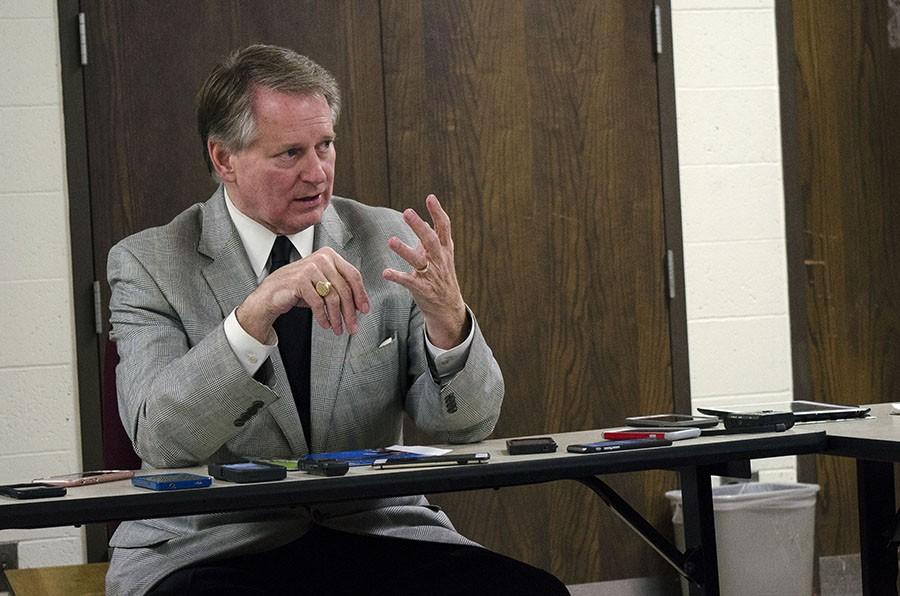 Huntington Mayor Steve Williams said Wednesday the city is working with a $2 million decrease in the city budget for next year, causing across-the-board departmental budget cuts.

“We’re going to be down $2 million off of what we have and we’re counting the user fee that has been placed in there,” Williams said. “In essence what we’re seeing is mirroring a lot of what we’re seeing at the state level, and it’s trickled its way over to us. What is my biggest worry is on the other side is that we have some expenses that are just going through the roof.”

The user fee increase from $3 to $5 went into effect October 1, 2015 to generate $3 million in revenue toward capital projects.

Williams said while working with less money, the city is dealing with skyrocketing costs.

“The problem is we also have insurance costs that are literally exploding, and as a result that’s going to have an adverse effect on departmental activities because I have to balance a budget,” Williams said. “If I’m asking department head to maintain their budget and keep within their lines but then my insurance line is going out, I don’t have extra money sitting around so guess what everybody has to pay for that. And we’re looking at every angle to try to determine just how we might be able to control our insurance costs.”

Williams said his plans to balance the budget do not include raising taxes to offset the decrease. Instead, departments will have to work within their means.

“What you don’t want to do, and we will not do under this administration, is say while we’re down by $2 million we’ve got to raise fees to offset that. No way,” Williams said. “Every one of my department heads is managing their budget. They’re given a certain amount that they have to live within, and they’re managing within that.”

In addition to each department working with what it has, Williams said the city is looking into ways to cut costs to offset the decrease.

“We’re looking at rebidding some of our insurance costs to see if there are some things we can put in place to help us control our costs,” Williams said. “But when it gets right down to it, there’s nobody that I can hold accountable. People get sick. People get hurt. We have problems with property. And it’s running amok.”

Layoffs, Williams said, are not being explored as an opportunity for cutting back and will only be considered as last resort.

“Each of the departments have already been forced to trim back,” Williams said. “And in that trimming back I think we have the responsibility to do everything we can to save jobs.”

Williams said every department is being hit equally hard by the decrease. To facilitate understanding between departments, all department heads sat in on each other’s budget hearings to show where cuts are being made. Police, fire and public works are seeing cuts mostly to overtime.

“We have to put together a balanced budget to project what we’re going to do,” and try to keep us on track, but I also know that we have these strains just to know that we’re balancing this year. This is the toughest that it’s been in the seven years since I’ve returned to municipal government.

Williams said he does not yet have a solution to the budget decrease and rising insurance costs, and does not think any increase in fees or taxes will pass through city council, though he isn’t considering that as a solution at this time.

“What we have to do is live within our means,” Williams said.