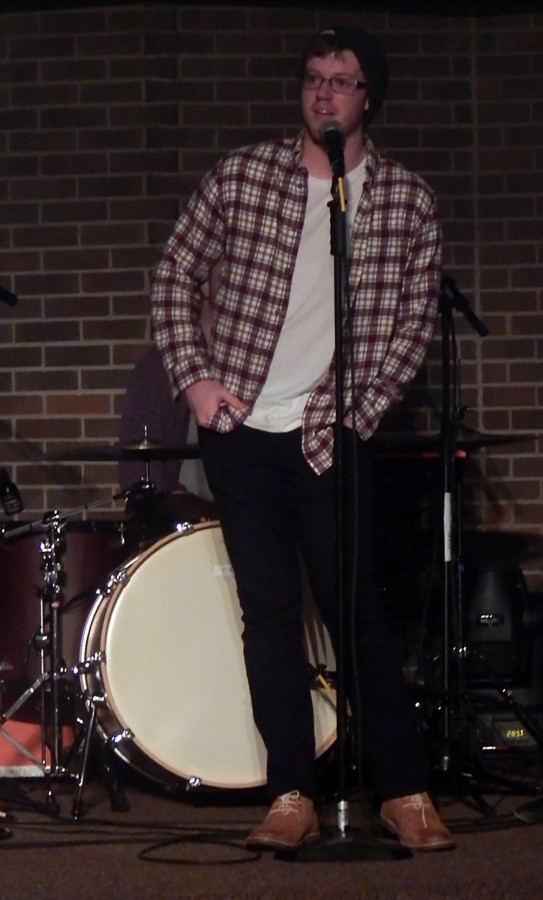 InsideOut strives to bring out the purpose and potential of every person from the inside out.

Senior communication disorders major,Zach Sturgill has been involved in ministry for the last two years and currently delivers the message weekly at InsideOut.

Sturgill said this ministry is something various churches in the area have been hoping would happen for a long time.

“InsideOut has really been a prayer of a lot of people involved at Christ Temple and other churches for the last 15 or 20 years,” Sturgill said.

“They’ve always wanted some kind of outreach to happen on campus because there’s so many churches around here that haven’t really had much to do with Marshall,” he said. “They’ve always wanted to, but never had the people to do it. Really we just decided now is the time, let’s just do this thing.”

Sturgill said he originally thought garnering a spot in the Campus Christian Center would be a challenge, but said everything fell into place perfectly.

Sturgill was actually on his way to a meeting for a room in the Student Center when he felt compelled to go to the Campus Christian Center instead, he recollected.

“There was an office [in the CCC] that I passed and the Lord spoke to me and said ‘that’s who you need to talk to.’ So I looked in and no one was there, so I thought ‘okay maybe I was wrong.’ As I start walking out, there’s a lady that comes up to me and asks me what I was looking for. I told her I was just looking for someone to talk to and she led me back to her office. And sure enough, it was the one I had come to in the first place.”

Sturgill said InsideOut’s partnership with the Campus Christian Center was an answered prayer for both of them, which he knew after speaking with interim campus minister Ellen Dawson.

“I told her [Dawson] that we were starting a new ministry and I told her we were just looking for somewhere to go,” Sturgill said. “She said that we were actually an answer to their prayers because there had been a couple of groups here that had to leave and they needed a new partner.”

Sturgill said he hopes this ministry gives others the chance to learn and grow in Christ, because he knows it will be a learning experience for him pastoring a group for the first time.

“There’s going to be things that I need to learn too and I don’t want to mess up someone else’s walk along the way,” Sturgill said. “If I can help them, I’m going to help them.”

“As soon as Flood ended, we were like ‘okay, so what’s next?’” Crawfod said. “As soon as we were asking those questions the opportunity of InsideOut literally just fell upon our lap. We just went to Christ Temple one night and after that night we found out what they were starting. It was like every single door opened when it was supposed to open for us to be a part of this ministry.”

Sturgill said InsideOut is all about bringing people together across denominational borders. Sturgill emphasized that it’s not all about one person, but the Christian community as a whole.

“The whole point of InsideOut is to unify the body of Christ because if we really want to see a movement of God happen here on this campus we’re all going to have to work together,” Sturgill said. “We need to focus on the thing that we have in common and that’s that Jesus Christ came and died for our sins and our belief in Him.”

Junior public relations major Christian Davis said this unity is what entices him most about InsideOut.

“It’s all about bringing us all together because we all serve the same God, so it’s just about unity,” Davis said.

“Getting to know the people that are affiliated with InsideOut, like the other college students, and really seeing where their hearts are, because they have genuine hearts for this ministry and genuine hearts to be servants for God and to see something like this really thrive on campus is simply amazing,” Davis said.