Of the Dell to perform at V-Club 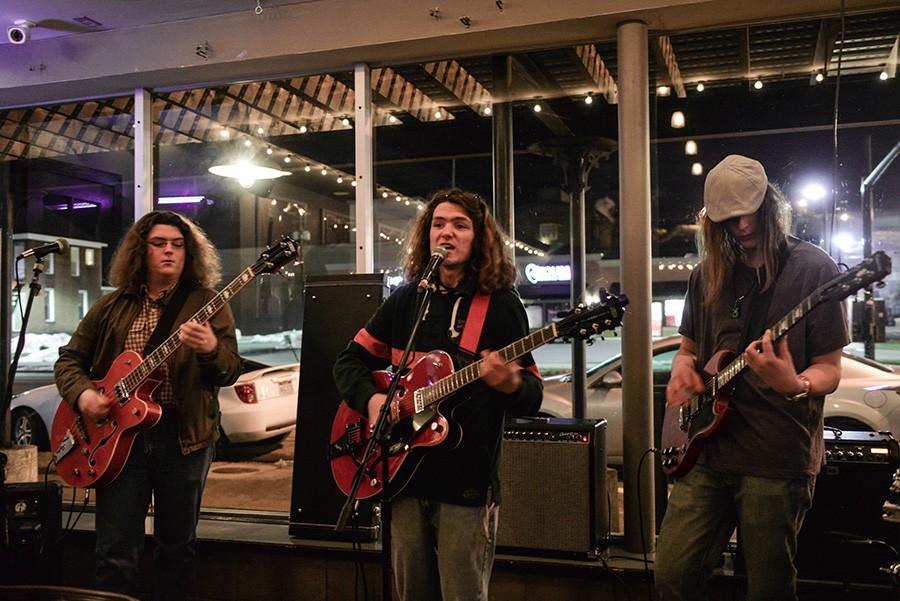 Local band Of The Dell performs on Thursday, Jan. 28 at Black Sheep Burritos and Brews.

Three local groups will take up the V-Club stage Friday.

Under Surveillance is expected to perform first, followed by groups The Dead Frets and Of The Dell.

Tyler Cooper, singer and guitarist for The Dead Frets, said the show would be an important one for all the bands present.

“It’s the first show of 2016,” Cooper said “Okay, so there’s a lot of pressure associated with that you know?”

Cooper said The Dead Frets has been performing for about six years around Huntington and the group has spent the past year “perfecting” the set they currently run.

Cooper said although Of The Dell may be renown for its Beatles covers, he expects its set list will be mostly original, as would The Dead Frets’.

Jeffrey McClelland, who additionally performs as a part of the local group ScroungeHound, will be drumming for The Dead Frets on Friday.

Of the Dell and The Dead Frets have only performed unofficially together, marking this event as their first major performance together.

“The first show we played with [Of the Dell] was a house show,” Cooper said.