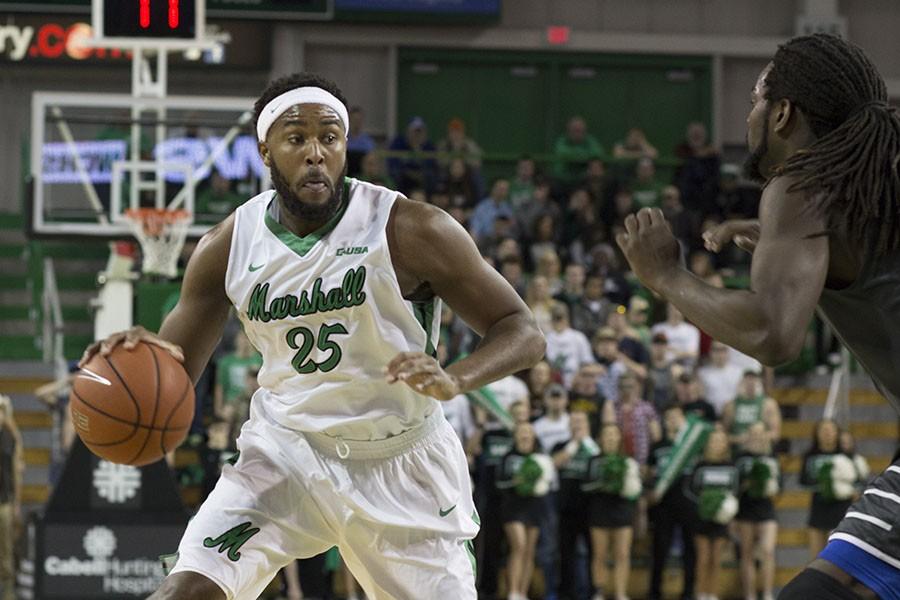 The University of Alabama at Birmingham (14-7, 7-1) sits alongside Marshall for first place in C-USA. However, the Blazers have a better overall record.

Helping the team knock off Middle Tennessee State were juniors Stevie Browning and Ryan Taylor. Browning registered 15 points and one assist, while Taylor added 14 points and two assists in the team’s win.

“We knew it was going to be a team effort,” Taylor said. “We just had to stay locked in.”

The Herd, which has won its last seven of eight games, has not been on the top-end of C-USA rankings since entering the conference in 2005.

“We weren’t even supposed to be predicted to finish in the top half of the conference,” Taylor said. “Every time I read things like that, I just look back and smile.”

During his time at Marshall, Taylor has experienced a change in coaches, teammates and losing seasons.

Taylor said the team’s recent success has been a pleasant change.

“It feels good,” Taylor said. “I’ve been through it all. It’s just fun to be around the atmosphere, the team, the coaches. I’m just taking it in.”

Freshman C.J. Burks and sophomore Jon Elmore chipped in with 12 points a piece against the Blue Raiders. Elmore also led the team with nine assists.

Taylor said Elmore plays a significant role for the Herd and has been a motor for the team this season.

With first place in the conference on the line, the Herd will face the Blazers 3 p.m. Saturday at the Cam Henderson Center.