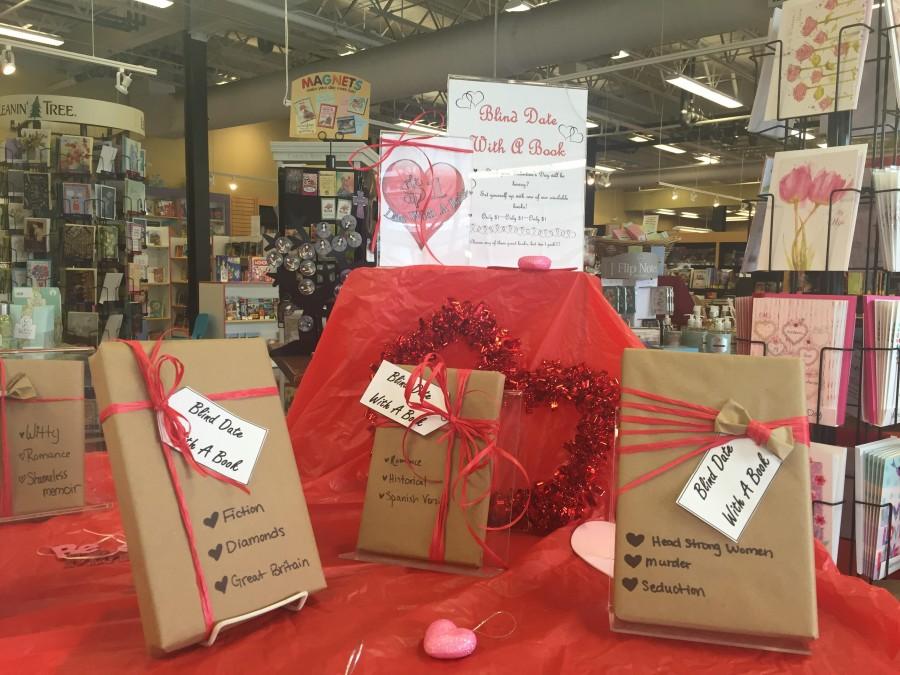 Blind Date with a Book selections are displayed at Empire Books and News on Tuesday.

Empire Books is offering a “Blind Date with a Book” from now until the end of February.

Shoppers can spend $1 to get an unknown book, pre-wrapped in brown wrapping and red ribbon with three adjectives on the wrapping that give the buyer hints about the book, like “romance,” “witty” and “murder.”

All of the books are different genres and are either used or library editions.

Empire Books representatives said they aim to have an event or promotion for every holiday. The Empire Books team started thinking of ideas for Valentines Day at the beginning of the year. Supervisor, Amanda Viars came up with the blind date idea.

Employee, Kelle Neal said the idea has been a success so far.

“A lot of people comment on the cute wrapping,” Neal said.

If a shopper finds a book around the store they want to gift instead, the employees will do the Valentines Day wrapping free of charge.

Another employee, Ashley McNeil said she was also excited about the idea.

“These books are treasures that people didn’t know they needed or might not have otherwise read,” McNeil said. “You truly can’t judge a book by its cover.”

Empire Books is located in Pullman Square and regularly has promotions and events. The next event is Friday, Jan. 29 when assistant professor of anthropology, Dr. Robin Conley will have a book discussion and signing. Conley focuses on legal and linguistic anthropology.

Conley will talk about her book, titled “Confronting the Death Penalty: How Language Influences Jurors in Capital Cases,” in which she examines the language used in trials involving the death penalty. The event will be from 4 p.m. to 6 p.m.

Conley will read an excerpt from the book, sign copies and participate in a question-and-answer session.