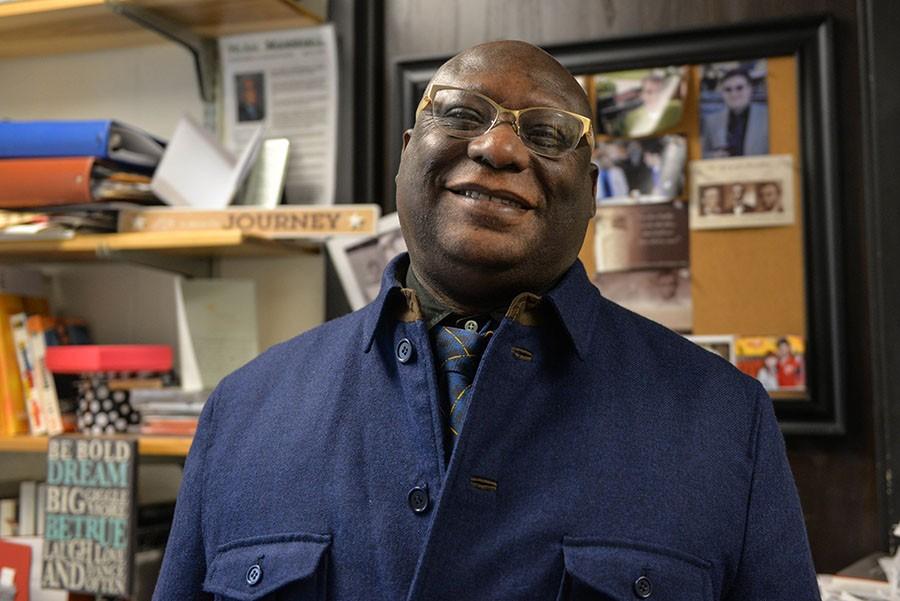 Morris was recognized as one of 50 individuals who have contributed to state and local history.

The Carter G. Woodson Foundation nominated Morris for his work with the foundation, including writing a book regarding Woodson’s life, which will be published within the next year.

“It’s nice to be recognized,” Morris said. “I had no idea I was being considered for the award; it is a humbling experience.”

Morris’ work and research on Woodson began when he was named the 2011 John Deaver Drinko Distinguished Fellow. Morris chose to do his research on the life of Woodson and became interested in Woodson as a journalist and historian.

Woodson worked with the Black Press from the 1920s through the 1940s, which Morris said helped enable Woodson.

“Often, if you don’t preserve history, you lose sight of what’s important and you try to reinvent what has been produced and discovered,” Morris said. “And you need to be aware you might not be the first person to do something.

Alan Gould, executive director of the Drinko Academy, began collaborating with Morris after he was named a fellow. In 2015, the two, along with other organizations, met to discuss programs for this year’s Black History Month, an observance Woodson wanted to be yearlong.

“He did not believe that Black History should be separated from other history,” Morris said. “He believed there was one history and that black history should be integrated into all history.”

The Drinko Academy, along with Morris, has organized events throughout February to remember Woodson and his ties to the city of Huntington, West Virginia.

“We want to help the people of our area understand what a wonderful American we have here,” Gould said.

The activities scheduled include a celebration of Woodson’s life on Marshall’s campus, as well as displays in public libraries and lessons and programs in local public schools.

Newatha Meyers, president of the Carter G. Woodson Foundation, said Morris’ partnership with the Academy is an example of his commitment to preserving the legacy of Woodson, which eventually led to his History Hero nomination.

“The work he’s done is truly outstanding, and he really deserves this,” Meyers said.

Morris and Gould have worked with Huntington Mayor Steve Williams to declare Feb. 5, 2016 as Carter G. Woodson Day. In addition, Governor Earl Ray Tomblin is working on a proclamation and Senator Joe Manchin and Representative Evan Jenkins are preparing statements for the congressional record.

History Day at the Capitol begins 9:30 a.m. at the Culture Center’s State’s Theater.

Cheyenne DeBolt can be contacted at [email protected]