Commuters struggle to get to campus; students tweet at university to close 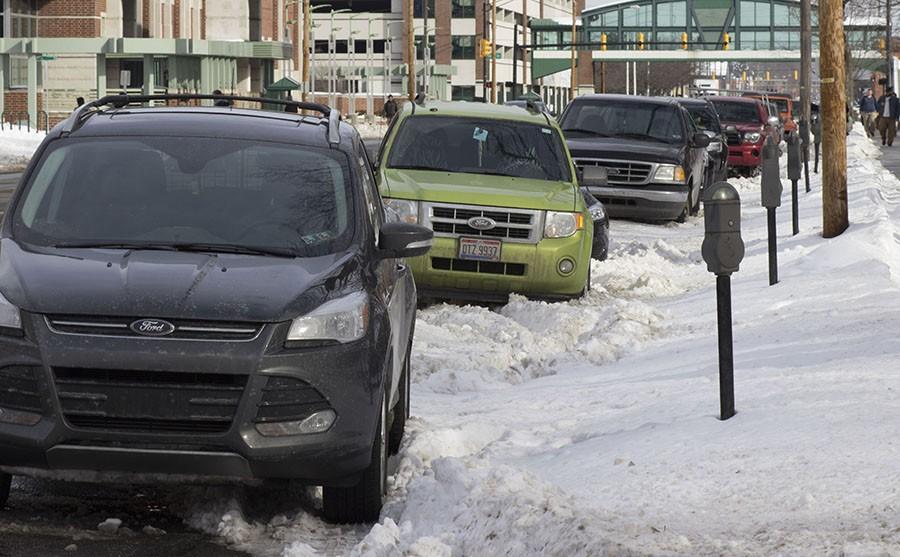 Commuters struggle to get to campus; students tweet at university to close

With the heavy snowfall and high winds over the weekend, Marshall University officials made arrangements to make sure that campus was clear of snow for the safety of students, staff and faculty.

According to a news release, Marshall University President Jerome Gilbert walked through campus thanking those who had put in extra work to secure the safety of university students and staff over the weekend.

“As always, our top priority is safety for everyone,” Gilbert said.

However, the news release that stated the university would reopen and operate with normal operations on Monday morning via Twitter Sunday evening may not have been deemed safe in the eyes of students who commute to campus.

“I would consider us who commute to campus and how some of our roads haven’t been touched since snow fell. But whatever,” Chris Shockley tweeted at Marshall University’s official Twitter page.

Along with Shockley, other students tweeted at Marshall University expressing their viewpoints on their snowed in conditions.

The Marshall Twitter responded, giving students the leeway to decide if they could make it to campus or not.

“Students are advised to contact instructors for any updates to their course schedules & assignments.”

“A lot of people commute and I don’t think they take that into high consideration,” Szekley said.

Szekely said that Huntington sidewalks were not clear and that she struggled to make it to campus once she finally found parking.

Other Marshall students said they found that it was difficult to navigate to classes that were not held on the Marshall University campus.

Art major Oluchi Otugo said she takes a great portion of her classes in the Visual Arts Center where she walks day to day.

Otugo said the sidewalks were terrible, which forced her to walk on some parts of the street.

“Visual Arts students should be able to ride the buses for free in this weather,” Otugo said.

Painter said questions regarding excused absences can be referred to the Interim Dean of Student Affairs, Carla Lapelle.

Darius Booker can be contacted at [email protected]