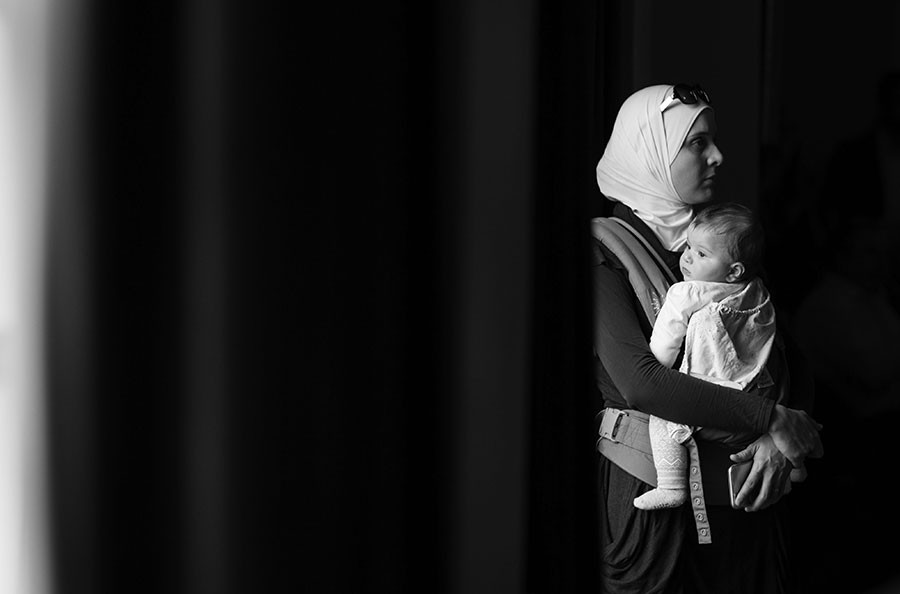 In this photo taken on Saturday, Dec. 12, 2015, Hiba Tinawi, from Syria, holds her 6-month-old daughter Judy during an event to welcome Syrian refugee families who have recently resettled in the city of Clarkston, Ga.

Strong opinions can be heard on all sides of the Syrian Refugee crisis. Students will have the chance to discuss their opinions on the matter this week in Willis Hall.

Housing and Residents Life, in partnership with the Honors College, will be hosting a program discussing the realities of Syrian refugees in the Mountain State.

Hallie Andrews, a resident advisor who organized the event said this program will be an excellent learning opportunity for everyone – including herself.

“I don’t know as much about the topic as I would like to,” Andrews said. “I know that ethically we should bring in the refugees, but a lot of people in West Virginia obviously disagree.”

Dr. Majed Khader, a Marshall University professor, will be facilitating the discussion. Andrews said the resident advisors wanted to bring in someone who was familiar with all aspects of the issue, so they sought guidance from Patricia Proctor.

“She [Proctor] said Dr. Khader is really knowledgeable about issue and he would be really great at working with students to express their opinions while facilitating discussion,” Andrews said.

Andrews explained that not everyone will have the same opinion because of differing backgrounds. Andrews said she feels these different perspectives will keep the conversation interesting.

“I really just hope that there’s a discussion and that people actually talk about why they think this and where they’re coming from,” Andrews said. “Not all students have the same background. I personally have a very different perspective from someone who grew up maybe not having enough food on the table for their family, let alone to bring in someone else.”

Andrews said she hopes this program is interesting and informative for students.

“I really wanted to do an issue that’s current and interesting, something that people can learn a lot from,” Andrews said. “I hope students will learn from each other and from the professor, enough to be passionate about the issue and to be able to discuss their views no matter which side they’re on.”

The discussion will take place at 7 p.m. Thursday in the Willis kitchen. There will be a showing of BBC documentaries about the issue followed by an educated discussion led by Dr. Khader. Syrian themed food will be provided.