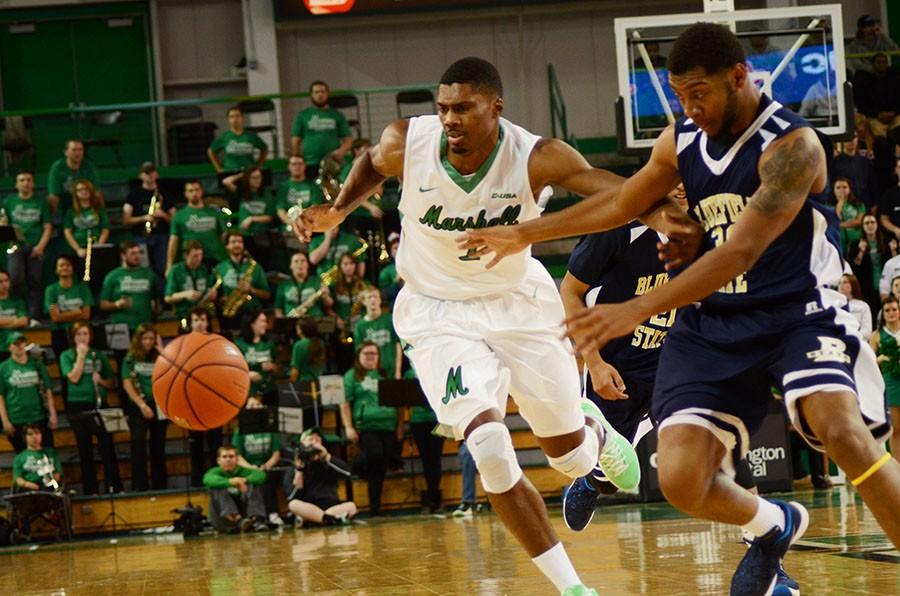 The Marshall University men’s basketball team will take on the University of North Carolina at Charlotte away from home Thursday at 7 p.m.
The Herd is on a five game win streak entering the contest. Conversely, Charlotte has only one win in conference play through five games and has a 4-13 overall record.
This will be the team’s third straight game on the road with a fourth coming at Old Dominion University Saturday to conclude the road trip.
The five game win streak to open Conference USA competition is the best start the men’s program has ever had as a member of the conference.
Sophomore forward Terrence Thompson said the historic winning streak has been satisfying, a sentiment shared by guard C.J. Burks.
“It feels good because we didn’t start off as good as we know we can play,” Burks said. “But we have clicked on the offensive end and have been doing all the little things on defense as the season went on.”
The team’s offense has been producing well over the five game win streak as it has scored at least 90 points in each of the five victories.
Burks said the team is shooting better, moving the ball well and playing with more energy than during its non-conference schedule.
The redshirt freshman guard said another key to the offensive output has been the unselfishness of everyone on the team regarding shot selection as well as each player knocking down their open shots when provided the opportunity.
Burks said the winning streak has fueled the confidence of the entire team giving them the belief they can compete with whichever opponent it is set to face.
“We are going to prepare right for each opponent and if we stick to our game plan we can pull out the win against anybody,” Burks said.
Heading into Thursday’s matchup, multiple players said if the team can maintain its tempo and push the ball in transition, the 90-plus point games and the wins could continue to rack up.
Christian Hisman can be contacted [email protected]