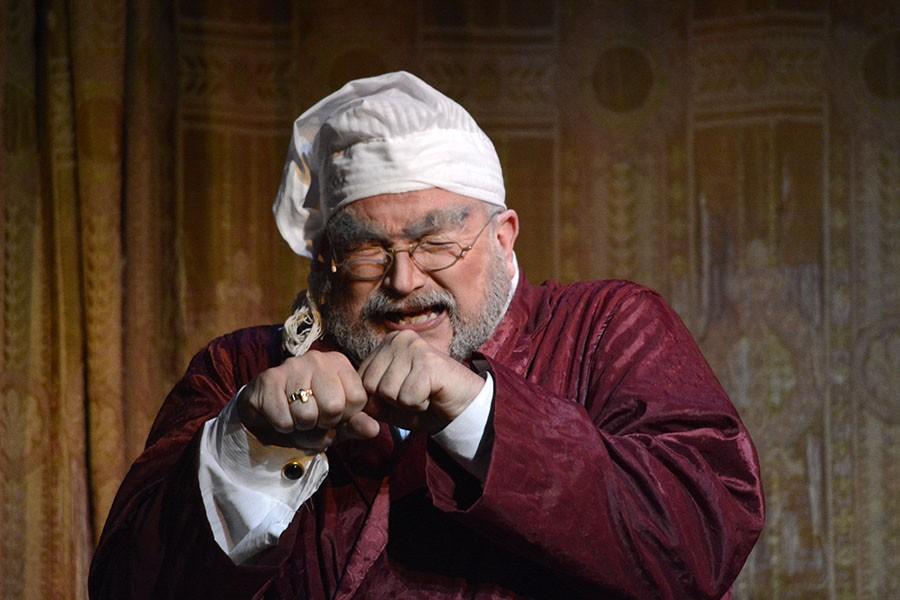 Snow may not be on the ground, but Christmas is in the air as “A Christmas Carol” takes the stage 7:30 p.m. Wednesday through Saturday at The Joan C. Edwards Performing Arts Center.

Sam Kincaid, Special Projects Box Office manager, said he is excited for this story to be brought to life for audiences of all ages.

“We get a lot of requests during this time of year from our patrons asking ‘Do you have a holiday offering?’ and we’re more than happy to tell them that this year, ‘yeah, we have ‘A Christmas Carol’ for them,’” Kincaid said. “It’s something that the whole family can come see.”

Jack Cirillo, program director for the theater program, stars as Ebenezer Scrooge. Cirillo’s prior acting experience allows him to not only play the part, but to become the character.

“Jack was a professional actor in New York and television before he came to Huntington and he brings with him all the experience that, you know, comes with being a professional actor for so long before he became a professor,” Kincaid said. “He really brings his character to life vividly. I’ve been able to sneak back and watch a few scenes between things I’m doing while they’re rehearsing and he’s just bigger than life. It’s just wonderful.”

Cirillo is one of many that have played a part in the show and after weeks of preparing, all of the performers are in character and ready to go said Kincaid.

“This production has 25 performers in it, which is a pretty large cast for us,” Kincaid said. “All the elements are there. We have music, we have special effects and we have vivid characters brought to life by some of the best actors in the area in this department.”

On Saturday, there will be a matinee viewing of “A Christmas Carol” at 2 p.m.

Tickets can be purchased through Friday from 1 p.m. to 4:30 p.m. at the box office. Tickets will also be available 90 minutes before each performance.

Adult tickets are $20, faculty and staff are $15, children ages 12 and under are $7 and Marshall students can get in free with a valid Marshall University I.D.

Chantil Foster can be contacted at [email protected]