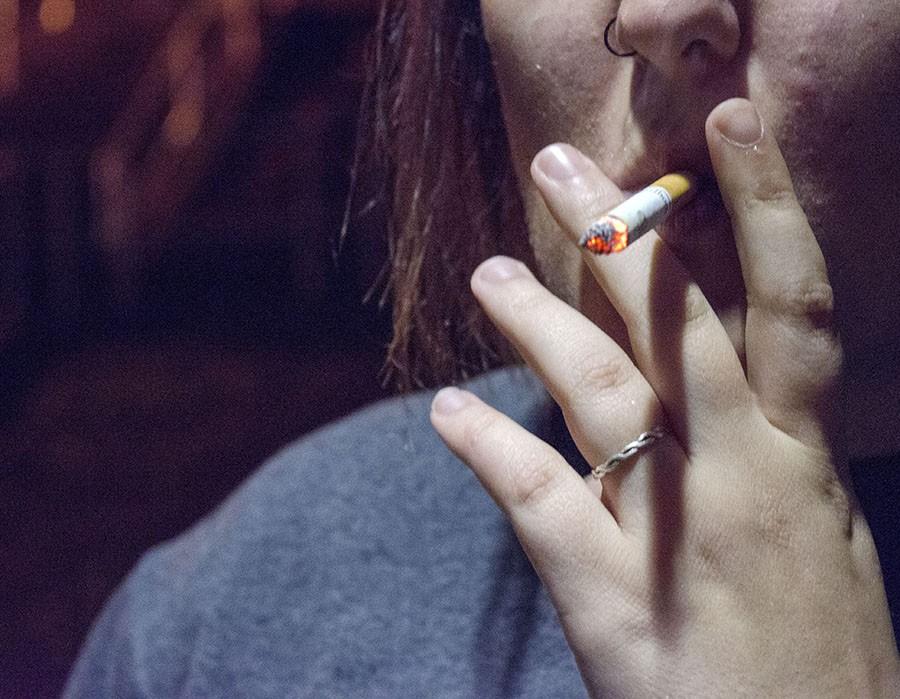 Smoking is banned on the Marshall campus; people are fined when caught.

Many people struggle with quitting smoking, due in part to nicotine, a highly addictive substance found in cigarettes. Cigarettes can contain over 4,000 chemicals.

“Most men can quit cold turkey and never pick them back up,” Mill said. “Research shows that for women, they need behavior modifications and support groups along with nicotine therapy.”

The first step to quitting is to be mentally prepared. If you do not set a quit date, you will not be successful Mill said.

Smoking can lead to different lung conditions such as lung cancer, which is the second most prevalent form of cancer.

Smoking was banned on Marshall University’s campus in the summer of 2013. When students are caught smoking on campus, they are fined, but some people who smoke on campus either do not know about the ban or do not care.

An issue some students and faculty have with smoking is secondhand smoke. Secondhand smoke is harmful for those around smokers, but not as harmful as actually smoking a cigarette

Smoking on campus brings mixed feelings to some students. While some students said smoking does not bother them, others said they have problems with the habit.

“I don’t like smoking,” said Sarah Schoonover, a sophomore nursing major. “I think it is gross. It’s not a very thoughtful thing to do.”

One student smoker said, “Nobody bothers me about smoking on campus. I did not realize smoking was banned from campus.”

Justin Hurt, international business major, said he quit smoking for health reasons. “I was tired of waking up in the morning with a smoker’s cough,” Hurt said. Hurt was able to quit on his own terms.

Those who want to quit or need help quitting can call 1-800-quit-now for advice and support.