A NEW VIEW: We may never have all the answers 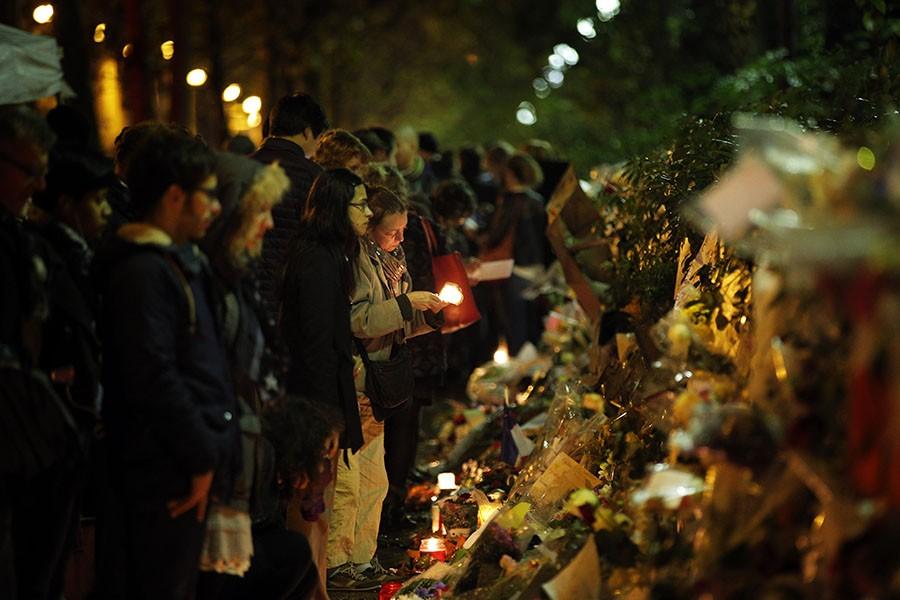 A woman lights a candle outside the Bataclan concert hall, which was a site of last Friday's attacks, in Paris, Tuesday, Nov. 17, 2015. France invoked a never-before-used European Union "mutual-defense clause" to demand Tuesday that its partners provide support for its operations against the Islamic State group in Syria and Iraq and other security missions in the wake of the Paris attacks. (AP Photo/Christophe Ena)

I always find topics for this column by finding something in the news from the past week that jumps out at me. Obviously, the attacks in Paris Friday were the most prominent thing in the news this weekend.

When something like this happens, the first question we ask is why. Why would anyone commit such a heinous crime? Why did they choose to strike where they did?

Experts will analyze the events that took place in France Friday for years to come. They will ask all of the “whys” and “hows” until they feel like they’ve found all of the answers.

I’m still young, so I’m far from being an expert in anything. I can’t tell you how terrorists choose their targets or what motivates them to take innocent lives.

I am a journalist. This makes me a writer by trade, but I’m also a writer by choice because I have a passion for putting thoughts and feelings into words. However, as I’m writing this column I realize there are absolutely no words to describe this tragedy.

I saw a Facebook post from a woman who survived the attack in the concert hall. The woman wrote about how she had to lay amongst bodies pretending to be dead while hoping her attackers wouldn’t look too closely and notice her breathing.

These attacks will always be with us all. Especially for the French, these attacks will underline everything they do from now on. Years from now, the people involved will still carry that day with him.

There are few events that happen throughout the world that have this heavy of an impact. There are few moments that you’ll be able to look back on 20 years from that day and remember exactly where you were when you heard the news.

As I said, I’m no expert. I could try to analyze the facts from that day just like everyone else is, but this is something that we will simply never understand.

Friday night was one of those rare instances where it felt like the world stopped turning. It was one of those earth shattering days that we all wish would never happen, but happen far more than we would like.

Instead of debating on what this means for the future of the U.S., what the intents of ISIS will be now, or whether the Syrian refugees are to blame, we should all be sending positive thoughts and prayers to those affected by these vicious attacks.