Herd off to quick 2-0 start after weekend 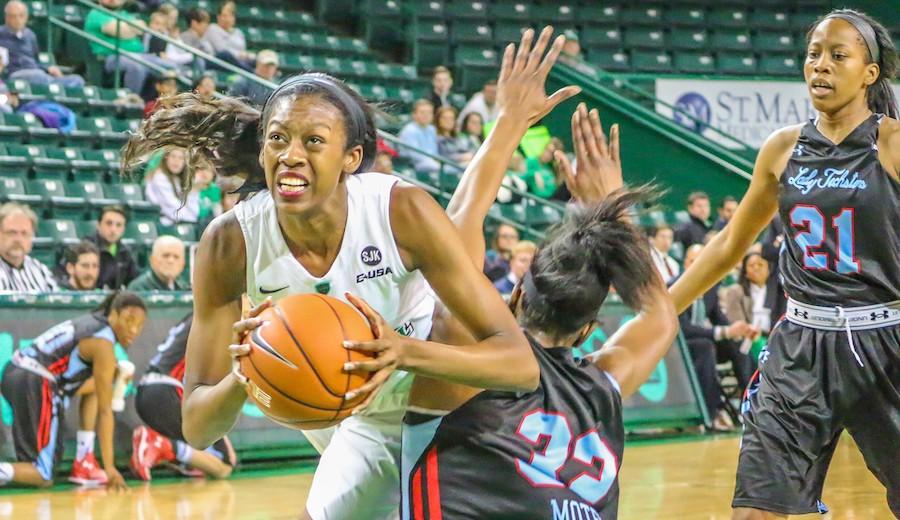 Despite adding 10 new faces to its roster this season, the Marshall University women’s basketball team got off to a fast start with a pair of wins over the weekend to begin the regular season.

The Herd defeated Morehead State University 104-101 in its season opener Friday and followed up the performance with a 92-40 victory over Brescia University Sunday in the team’s home debut.

Freshman Shayna Gore led the Herd with 27 points on 10-14 shooting in the team’s victory against Morehead State and added 13 points, four assists and four steals against Brescia. The weekend performance earned Gore Conference USA Freshman of the Week honors.

The offensive production by Porter and Gore goes to show how well the new players have adapted to the system and their teammates. However, before its first game, senior forward Leah Scott said the team wasn’t fully confident in how well the young players were going to adjust to the new atmosphere of collegiate basketball.

“College basketball is so different than high school basketball, so we’re just trying to get them in and get them going with the program,” Scott said. “Since we have so many new freshmen were trying to put versatile players out there to make it harder for other teams to adapt to what we’re doing.”

Assistant coach Tony Kemper said the team is unique with how it is split as far as experience goes. He said half the team is upper classman who have played a lot of minutes and gone through the trials of college basketball, while the other half is still experiencing its first practices with little to no experience at this level.

Despite the vast differences in playing experience, the Herd collected two wins over the weekend while getting key contributions from its more youthful players and its veteran leaders.

The Herd will attempt to move its record to 3-0 Wednesday at 6 p.m. when it takes on the University of Rhode Island at the Cam Henderson Center.