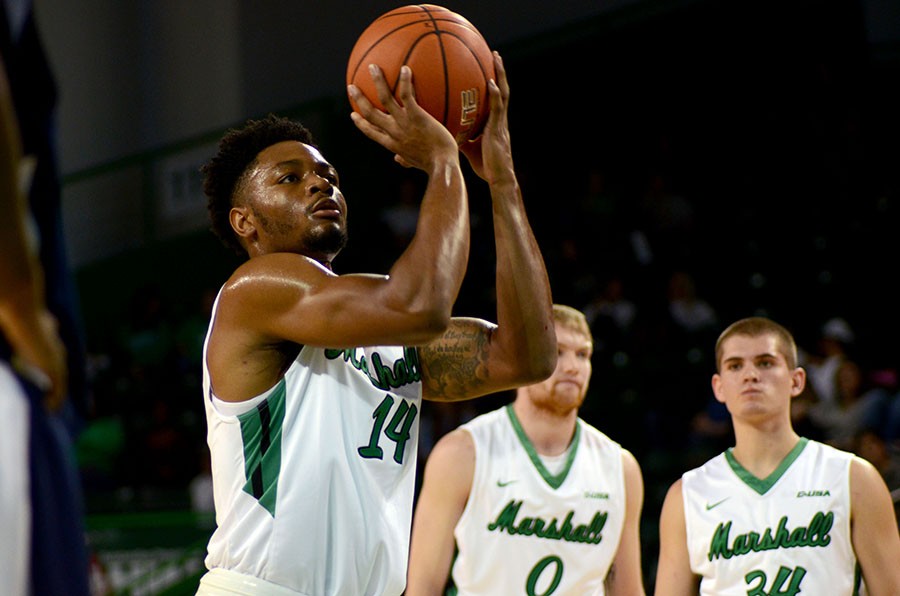 Of the 16 players on the Marshall University’s men’s basketball roster, six are from the state of West Virginia.

Kilgore was the all-time leading scorer at Spring Valley averaging 23.5 points per game and 10 rebounds per game. However, the style of play that he is accustomed to while playing at Spring Valley is not the style Marshall utilizes in its scoring offense.

“The styles are complete opposites,” Kilgore said.  “We’re going to run the floor here.  Take the shots when they’re there and try to score 90 points a game.  Last year, it was to try to score 60 and try to hold the other team to less than 60.”

Browning transferred to Marshall from Fairmont State University and played his high school basketball at Logan High School.  Even though this season will be his first with the Herd, Browning is accustomed to head coach Dan D’Antoni’s playing style because it is similar to the style he played at Logan High.

“If you felt like you could make the shot, you take it,” Browning said.  “It doesn’t matter where you are on the floor; it doesn’t matter what time is left.  Of course, given the situation, you may need to change, but it’s all about confidence.”

Each of these players have impressed some of the players who have been with the Herd for a while, like senior guard Justin Edmunds.

“Pretty much all of them have been playing well,” Edmunds said.  “Jon, Stevie, C.J., James (Kelly), they’re going to shock some people.”

D’Antoni said each player will be expected to step up.

“Ready or not, they’ll probably have to do a little bit to help,” head coach Dan D’Antoni said in his media day press conference.  “They’ve got a little chip on their shoulder with a ‘Let me show you’ type of air about them, which I like.”

The West Virginia natives, as well as the rest of the Herd squad, begin their regular season against the University of Tennessee in Knoxville, Tennessee Thursday.

Alec Hildebeidel can be contacted at [email protected]