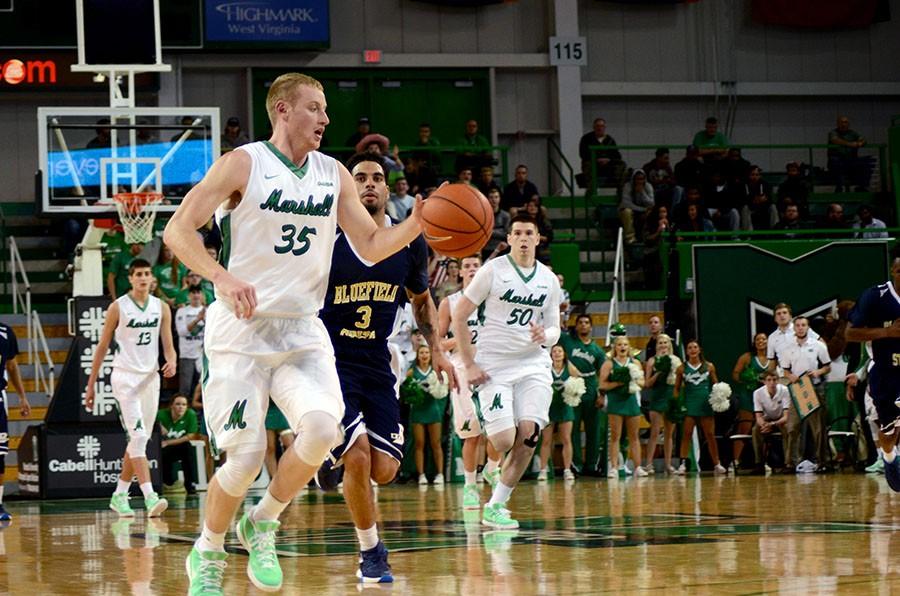 The junior guard scored 24 points on 8-13 shooting, including 7-11 on 3-pointers. Despite his big night, Loop said he expects defenses to key-in on him more during the regular season.

“It was a big change going from the end of last season to tonight,” Loop said. “They probably didn’t do a lot of scouting since it was an exhibition, but when we go down to Tennessee, I figure I won’t get looks like that.”

“[At Miami] James didn’t know whether he was an inside person or an outside person,” head coach Dan D’Antoni said. “In my system you can do both and maybe that’s what’s needed for him to put up big numbers.”

Junior forward Ryan Taylor chipped in with nine points, six rebounds and two blocks. Marshall played without two members of its backcourt in sophomore Jon Elmore, who was out for an undisclosed reason, and junior transfer Stevie Browning, who missed the game because of a violation of team rules.

Marshall begins regular season play Nov. 19 when it travels to Knoxville to take on the University of Tennessee.