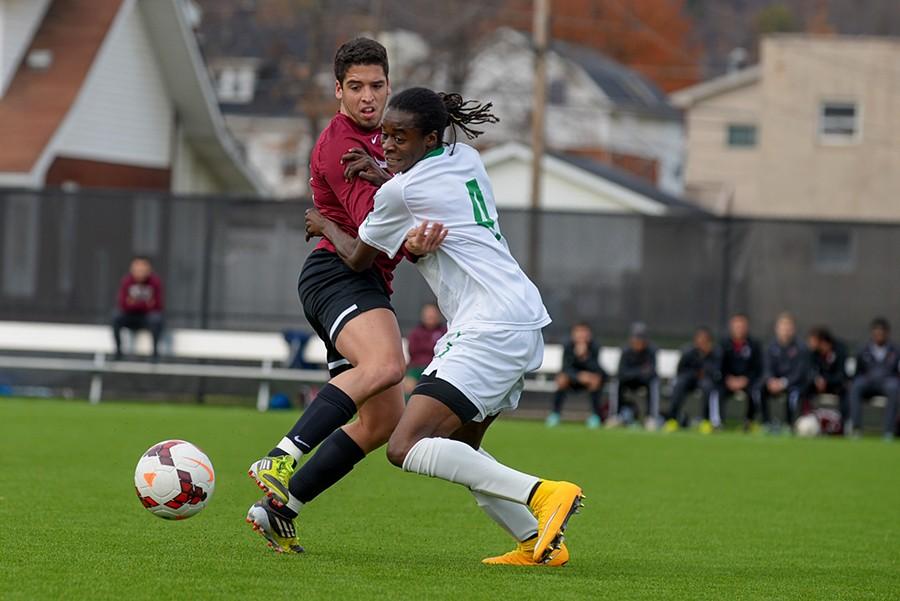 The Herd ended the regular season with a 3-0-1 record over its last four games.

Despite securing the final spot of the tournament with help from a loss by the University of Alabama at Birmingham, redshirt junior Trevor Starcher said the team is confident heading into the tournament.

“We’ve probably been playing our best soccer at the end of the year,” Starcher said. “We just had a great practice, and we’re real excited to be in the tournament. I think we’re going to put in a good showing.”

Thomas Oliver, Marshall assistant coach, said the team looks at it as if the conference season was a set of preseason games and its match against Charlotte is the opening game of the season.

“It’s a one-game season, and then we’ll move on to the next game after that if we are fortunate enough to make it,” Oliver said. “But we definitely want to draw some lessons, good and not so good, from the last few weeks and put together our performance. So, it’s a definitely a one-game season for us now.”

Marshall lost to Charlotte earlier this season, 3-1. Senior Matt Freeman scored the Herd’s only goal of the game on a penalty kick with 10 seconds remaining.

Oliver said the 49ers stifled the team from doing what it wanted early in the game, and the Herd was unable to recover.

“We kind of had to play catch up for the rest of the game,” Oliver said. “We took a red card at one point, which really deflated us, and we had to play down for quite a bit of the game as well. And then we even had one decent look that could have made it 1-1 at that point. And then at 2-0, I think the game was a wrap. So, we want to make sure we get off to a good start this time around. And we want to make sure we play a complete 90 (minutes). If we play a complete 90, we’re tough to beat. We just have to make sure we do that with a solid performance. But now, it’s do or die. So, either we do or we go home.”

Wednesday’s match is set for 7 p.m. at Transamerica Field in Charlotte, North Carolina.