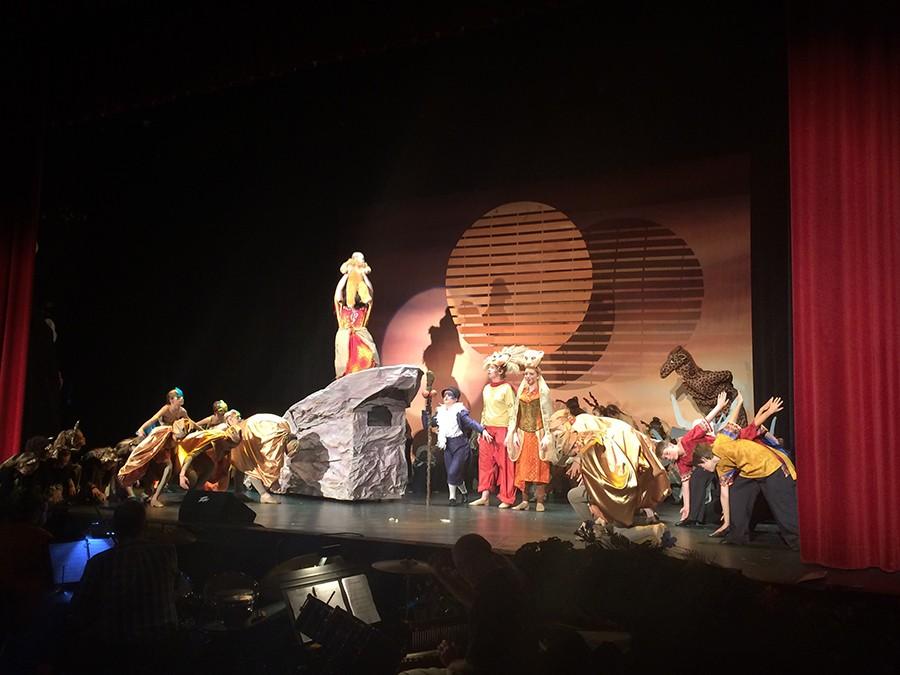 First Stage Theater will be the first children’s theater company in West Virginia to bring to life the classic tale of the young lion hoping to follow in his father’s footsteps and become king in the “Lion King Jr.”

First Stage Theater is Huntington’s local children’s theater. Running as a non-profit organization, the company allows any child from the Tri-State to participate free of charge.

“This is our 26th season. We’ve been around since 1990, the idea is that we do shows that use lots and lots of kids on the stage and give them the opportunity to benefit from doing live stage shows,” Minsker said. “We generally do three or four shows a year. Occasionally we will use an adult in there to help out but it is almost always just kids, just like this show.”

Minsker is on the First Stage Board of Directors and served as president for the group. Minsker has directed over ten shows, the most recent being “Aladdin Jr.” and “A Midsummer Night’s Dream.”

By participating in the Junior Theater Festival the past few years, First Stage had the chance to be the first theater company in the area to bring “Lion King Jr.” to the stage. “Lion King Jr.” has only been developed for the stage within the last year and a half.

“We actually got lucky because we are the first in West Virginia to stage ‘The Lion King,’” Minsker said. “We participate in the Junior Theater Festival every January, at least we have the last two Januaries, and because that is put on by Music Theater International who holds the rights to ‘The Lion King’ and those groups that took part in the Junior Theater Festival were given the first crack at staging it, so for the first year only groups that took part were given the chance to do ‘The Lion King.’”

First Stage gives the area’s children the opportunity to be a part of live productions no matter their age or experience in wtheater.

“The young performers are doing an amazing job. There’s so much talent out there,” Minsker said. “People think children’s theater and they tend to think kindergarten kids wandering around off the stage, but these are actually really talented young professionals who are just doing an amazing job bringing this great story to life.”

“Pumbaa is a very fun loving character,” Midkiff said. “He’s very open and not really paying attention the whole time and just does what he wants and is just there to make the other characters laugh.”

Midkiff said he has been a fan of the company over the years and plans on participating for the first time with this production.

“This is actually my first First Stage show,” Midkiff said. “I have seen all of their shows and have always wanted to be a part of it, but this is the first show that I have actually done because I’ve been kind of shy. I really think it’s affected me and it’s really going to do good for me in the future.”

Having worked with the First Stage Theater company for seven years, Haddox has had the opportunity to play lead roles in plays such as Aladdin and Papa Ge in “Once On This Island Jr.” He will play the role of Jafar when First Stage returns to the Junior Theater Festival.

“I have been working with this theater company since 2008,” Haddox said.“It’s really changed me as a person, if I hadn’t been doing theater I would probably be in my room right now just on the computer.”

“The Lion King is awesome. Come see it,” Midkiff said.