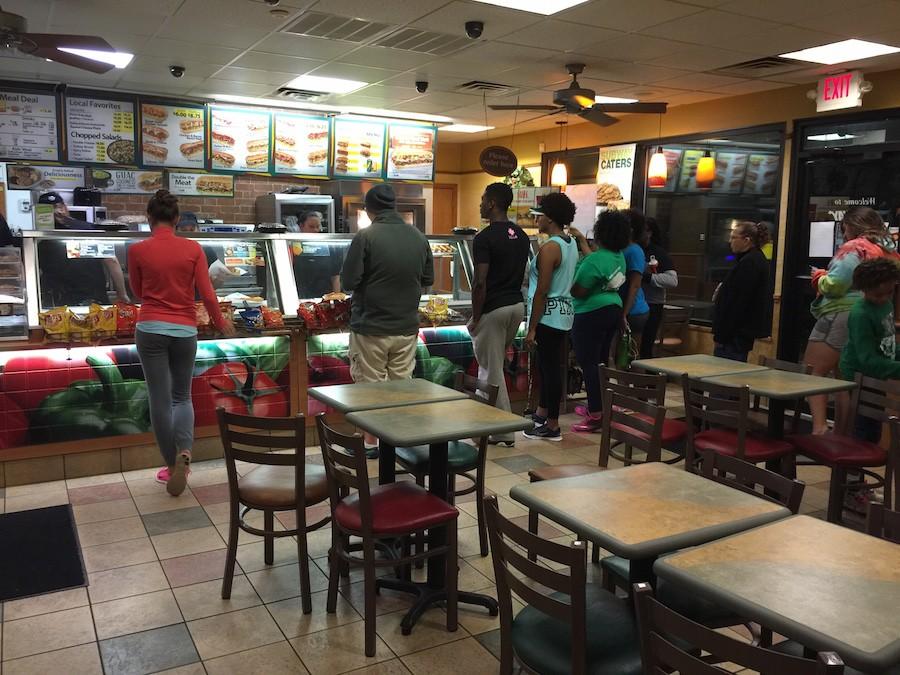 People stand in line that wraps around the building inside Subway in order to get their buy one get one sandwich.

Until Tuesday, many people did not know National Sandwich Day existed, but thanks to Subway, the holiday caught some big attention.

Subway participated in National Sandwich Day by offering customers two sandwiches for the price of one. With the purchase of any sub and a 30-ounce drink , customers received another sub of equal or lesser value.

The marketing offer was advertised on television and even promoted on Twitter. Subway used the hashtag #SaveLunchBreak to help promote the offer.

The advertisement said when customers get their free sub with purchase, the choice of who to give it to was up to them.

“I think it’s great, not only do I get a sandwich but I can make someone’s day by giving them a sandwich as well,” Hill said.

The lines at the Fifth Avenue location were wrapped around the store. Customer Derrek Genco said he waited 45 minutes for his free sandwich.

“There’s a lot of students, mostly students actually,” Genco said. “We waited in line for a little longer than half an hour.”

Customer and Marshall student Kevin Hall said the offer from Subway is a good way to get communities involved.

The offer only lasted for the day, but Subway will continue to promote #SaveLunchBreak in its advertising.