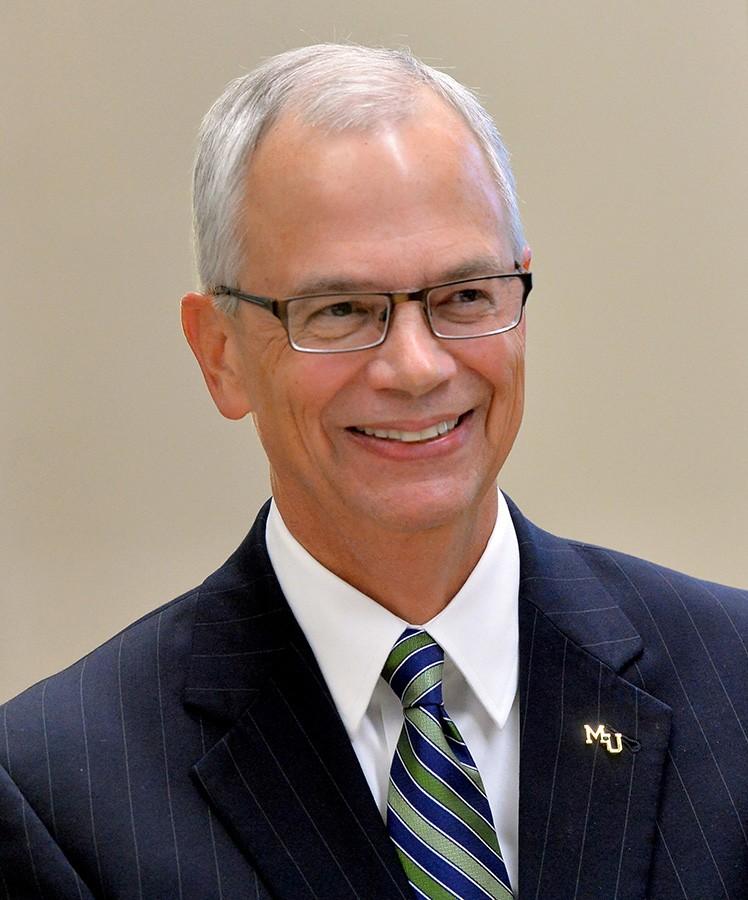 Jerome A. “Jerry” Gilbert has been named the 37th president of Marshall University.

Gilbert, along with two other candidates, visited campus to participate in open forums with students, faculty, staff and members of the community last week. The final decision to choose Gilbert out of the three finalists was made by the Board of Governors in an executive decision.

Gilbert’s appointment will be reviewed by the West Virginia Higher Education Policy Commission for final approval and pending approval from the commission, Gilbert will assume the presidency in January.

“What an honor it is to be asked to lead Marshall University,” Gilbert said. “I’ve been so impressed by everything I’ve learned and seen. This is such a wonderful opportunity. All the pieces are in place, fantastic facilities and great academic programs. We are in a position to be able to take Marshall University to another level of excellence and really advance as a major university.”

Gilbert and his wife Leigh are parents to three children and grandparents to one granddaughter.

“It is difficult to express the overwhelming excitement that Leigh and I have in looking forward to being at Marshall and becoming part of the Huntington community,” Gilbert said. “I also want to express my sincere

appreciation to the Board of Governors for the opportunity to serve at Marshall.”

Chairman of the Board of Governors and chairman of the Presidential Search Committee Michael G. Sellards said it is a pleasure to announce Gilbert’s presidency.

“This is an exciting new chapter for Marshall University and the board is thrilled to welcome him and his wife Leigh to our community and our university,” Sellards said. “We have a world of opportunity ahead of us and our new president has the vision and experience to lead us there. Today is a great day in the history of Marshall University.”

During the interview process Gilbert mentioned his ideas for some areas of growth for Marshall. Areas Gilbert wants to improve include the engineering and medical departments of the university. Gilbert also expressed an importance of university athletics and said he believes students should always be at the center of decisions.

Marshall students are excited in welcoming Gilbert next semester. Senior public health student Zac Hill said he is excited for the new president.

“I think it’s awesome we finally have a permanent leader,” Hill said. “We have had strong leadership in the past and I am excited to see what he brings to Marshall.”

An event to introduce the Gilberts to the Marshall University community is being planned.