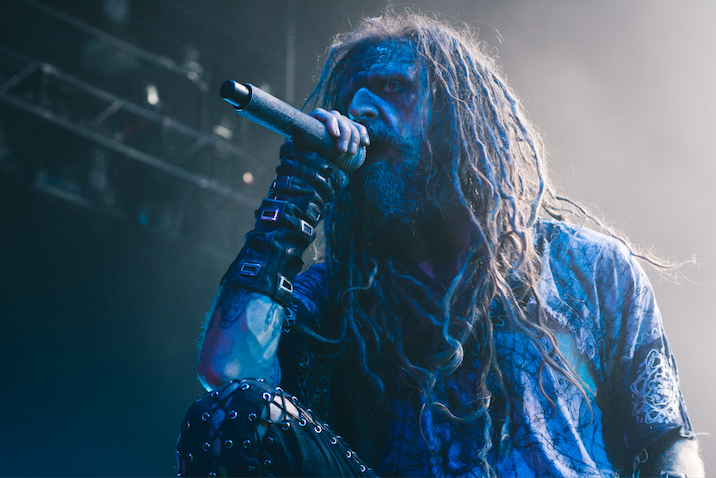 Metal bands Rob Zombie and Godsmack rocked the Big Sandy Superstore Arena Wednesday night as they came together to co-headlined one of three shows together.

Performing first, Godsmack opened with a pre-recorded skit of two “fans” who had snuck back stage and into their dressing room.

During the band’s set, Godsmack front man Sully Erna promised the crowded that if they were to outshine Sydney, Australia’s crowd he would put the video footage from the show into the upcoming Godsmack documentary.

Towards the end of the set, Erna and drummer Shannon Larkin performed an instrumental section in which they played dueling drums, creating a unique experience where the two went head to head exchanging drum lines and playing simultaneously.

Before Rob Zombie took the stage Country Roads filled the arena and the crowed sang along shining their cell phone lights as if they were stars in the dark arena.

Performing last, Zombie and his band took the stage with their faces painted white with black streaks and greeting the crowd with welcoming screams and muffled curse words.

The crowd responded to Zombie’s music by jumping around and head banging along with the band; girls were placed on the shoulders of their boyfriends and husbands.

When the final song finished the crowd, ears ringing, exited the arena, as the excitement from the night was still very much in them.