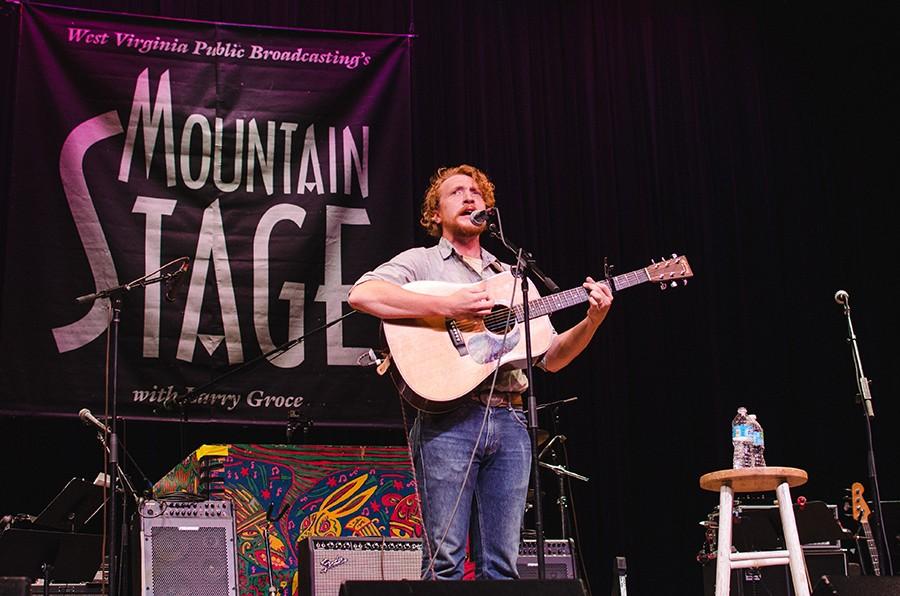 Americana singer-songwriter and Huntington music scene mainstay, Tyler Childers, will be heard on 150-plus public radio stations worldwide this weekend as another episode of West Virginia Public Broadcasting’s Mountain Stage hits the airwaves.

“When we got the initial green light, it was kind of hard to keep it to ourselves as long as we had to,” Childers said. “We wanted to tell all our buddies and everyone we could. It was a real honor.”

“We were all just excited,” said Craig Burletic, bassist. “A lot of the best shows I’ve seen have been on the Mountain Stage. We were surprised to think they thought enough of what we were doing to have us on there. We couldn’t believe it, but we were ready to do it,” Burletic said.

“Tyler is a talented guy, he’s just starting out and he’ll continue to get better,” said Larry Groce, Mountain Stage host and artistic director. “His songwriting is very rooted from where he’s from and it’s kind of nice to have that if you have an artist that’s from a certain place, and they project that feeling.”

“That’s usually what I aim for in my songwriting,” Childers said. “I want it to be for this area by someone from this area. I want my buddies that are from here to be able to relate to it, and hopefully reach out past them to other people from the same area. Sense of place is pretty important in my writing because this place has been so important in my life. I’ve not strayed.”

The episode was recorded on July 26, 2015 at the Culture Center Theater in Charleston, West Virginia. Other performers include Los Aztex, Jarekus Singleton, Larry Campbell and Teresa Williams. In the audience were members of Ona, the Horse Traders, and other area bands.

“There was a whole lot of love there that day,” Childers said. “Everyone came out to support us. It’s a really good feeling to know you’re in a music scene that is that close and tight knit. Everybody’s always ready to support the other members of their scene.”

“It felt good,” Burletic said. “We felt the love. A lot of Huntington and West Virginia people came out. To be able to share it with out friends and feel them be out there felt really good.”

“I look forward to hearing him,” Groce said. “And hearing how he grows, what he does. I’m sure he’s going to been writing and performing. He’s got potential for a very successful future. I certainly hope so. We look forward to checking him out again.”

“He’s got some real depth of feeling, which is more than being just an entertainer, he’s an artist,” Groce said.

Mountain Stage can be heard on West Virginia Pubic Radio at 8 p.m. on Friday and Saturday nights.

Tyler Childers will also be appearing at the 6th annual Huntington Music and Arts Festival on Saturday at the Ritter Park Amphitheater.

Nathan can be contacted at [email protected]