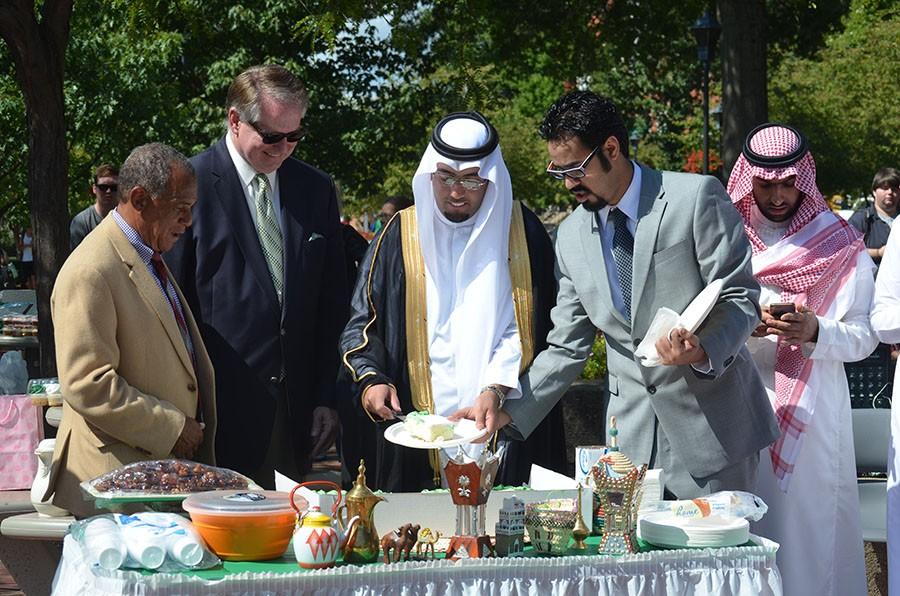 The mayor of Huntington greeted Saudi Arabia Students Association as they celebrate Arabia National day, which is held on September 23rd of every year. King Adbulaziz Abdulrahman Al Saud founded Saudi Arabia on this day in 1932. This is Marshall University’s third year having the association on campus. Saudi Arabia is the largest Middle Eastern country and is located in the heart of Arabian Peninsula.

The President of the Association, Abdullah Asiri said they are celebrating their journey to the acquisition of knowledge. During the event students and overs in the crowd were able to learn more about the culture and even try Saudi Arabian food.

‘This is something that we want to do every year to share and expose culture to others here at Marshall University. The event is a channel for us to communicate with the American people here and stay in touch as well as exchange knowledge. There are currently three events happening in our country right now.” Adbullah Asiri, president of the organization and graduate student said.

Yaris Mason, senior psychology student said, “I had to come to the event for a class, but I am actually very happy that I came. I really enjoyed myself. It was nice to

be so educated about a culture that I didn’t know much about. I think this was an excellent event.”

The Association here on campus said they have never had a more organized and success event than they had today. They were very happy to see so many people show up and have so much participation from the students here on campus.