Walk with the Mayor addresses citizens’ concerns in Westmoreland Tuesday 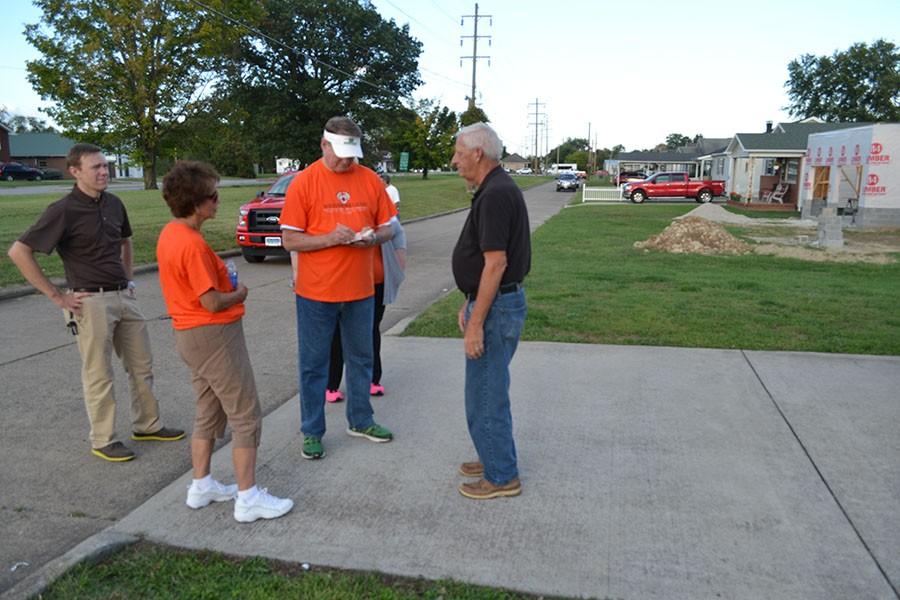 Huntington Mayor Steve Williams had his neighborhood “Walk with the Mayor” in Westmoreland on Tuesday, Sept. 22.

With notebook in his hand Williams leisurely walked down the streets having conversations with the neighborhood, taking notes of every concern that needed addressed.

“It’s a lot better having a conversation walking up and down the streets of a neighborhood rather than just sitting in my office, there’s something special that occurs,” Williams said. “More important, I’m able to see specifically what the concerns are, they can point to something, this pothole right here, that house that the weeds are overgrown. It becomes very personable.”

Neighborhood residents casually walked off their porch, to their fences and talked to Williams about their concerns. He described the conversations as having a very relaxed setting which he finds really enjoyable.

“The fact that he takes the time to come and look and see what people are concerned about, I think it’s a positive thing,” said Eddie Gandy, Pastor at Cross Pointe Community Church.

Incorporation with the drug problem throughout Huntington Williams said he hopes these neighborhood walks give the neighborhood a sense that they can speak directly to him about a very serious problem.

“This shows he has a willingness to get out into the neighborhoods and really see hands on what’s going on in these neighborhoods,” said City of Huntington Communications Director, Bryan Chambers. “What we tell them is you can show us all the bright stops you want in your neighborhood but show us some of the problems. We’re not going to hide from the problems, show us what’s keeping the community down.”

“Walk With the Mayor” has nine districts throughout Huntington, this was the second walk through Westmoreland since started in May.

The recently proposed User Fee was a result of these neighborhood walks, “I was seeing the breath of the problem, the depth of the problem is out there and we had to do something,” Williams said.

“You wake up one day, look in the mirror and think someone needs to change something and say, you know what, that somebody’s me.”

Brianna Paxton can be contacted at [email protected]