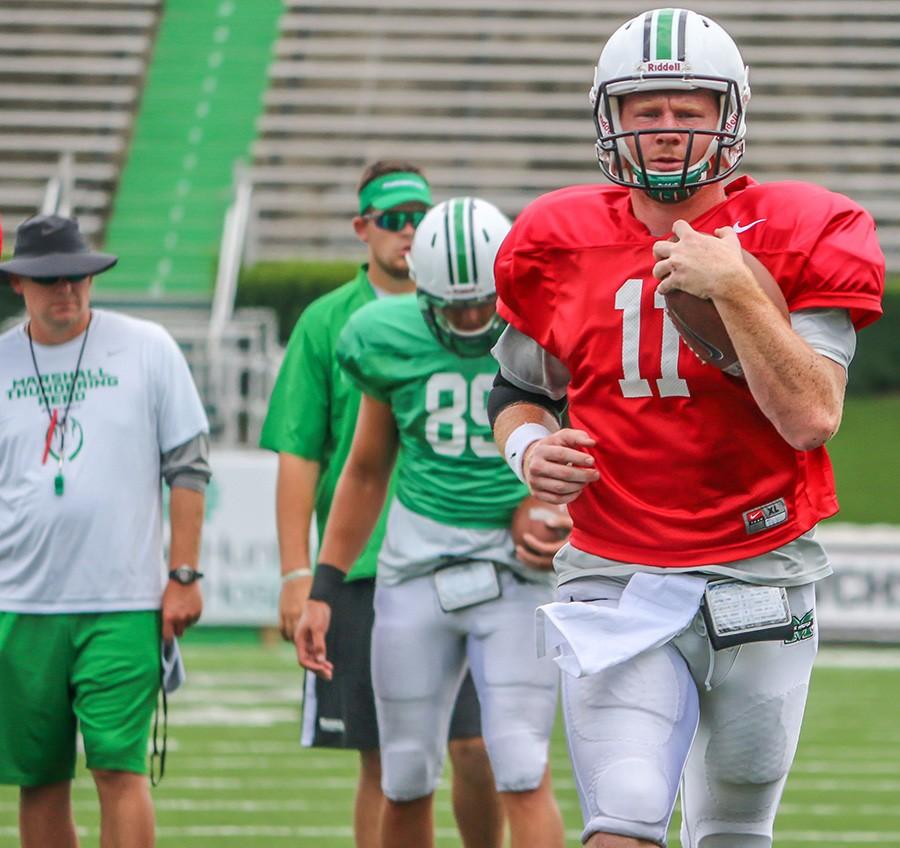 After a change in the coaching staff and being told he did not fit the team’s new offensive scheme, Michael Birdsong left James Madison University last year after spending the first two years of his college career with the school.

Despite throwing for nearly 3,000 yards and more than 20 touchdowns his sophomore year as the starting quarterback for the Dukes, the Matoaca, Virginia native, who credits his family for sparking his passion for football, remained positive following the new coaching staff’s decision.

“I just didn’t fit what they had in mind going forward,” Birdsong said. “And that was fine, no hard feelings there. I got word that I had some other schools interested in me soon after that.”

One of those schools was Marshall University.

With help from former James Madison coach J.C. Price, who joined the Herd’s coaching staff in 2012, Marshall landed the 6-foot-5, 240 pound quarterback during his first visit with the university.

After sitting out the 2014 season as a redshirt, Birdsong won the starting quarterback position for the upcoming season. The position became available after the departure of four-year starter Rakeem Cato, the Herd’s all-time leader in passing yards and touchdowns, graduated in the spring.

“It’s huge to come through and follow a guy like that,” Birdsong said. “But I’m just going to go out and be the player that I am and not worry about what he did. The things he did out on that field were tremendous, but that’s not me. I got to play the game the way I play it.”

Marshall running back Devon Johnson said Birdsong has quickly gained the trust of the locker room during his time with the team.

“He’s very confident,” Johnson said. “You can tell he started before on the college level. You can tell by the way he takes the field, and that’s what you want from your quarterback.”

Head coach Doc Holiday said Birdsong has shown improvements the past couple of weeks and that he has confidence in the quarterback as he prepares for his first regular season game as a member of the Herd.

Johnson added that he would not want another quarterback leading the team on the field Sunday in its season opener.

“I have a great feeling about Birdsong,” Johnson said. “Just hearing the way he talked and led us during camp, I got a feeling this guy is going to be special.”