The ten bests of Bonnaroo 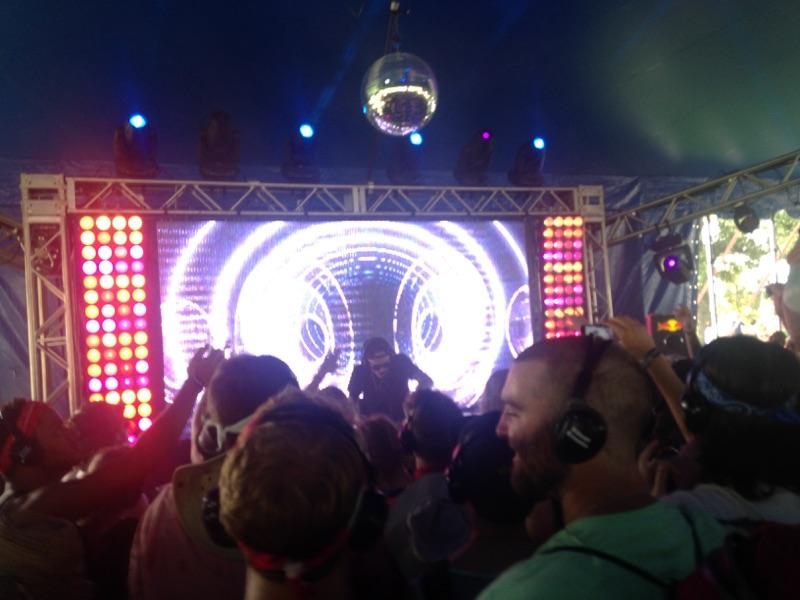 Although I’ve come to terms with the fact that I enjoy the atmosphere at smaller festivals like Wakarusa, I will always have a soft spot for Bonnaroo, my very first festival.

Roo is a special place indeed. The lineup creates a demographic of eclectic folks and presents the opportunity to go from moshing with Slayer to gettin’ groovy with Earth Wind & Fire to going full rage-face at Bassnectar.

Because Bonnaroo is such a huge festival, a full recap would be comparable to a Homer epic. Here are a few parts of Bonnaroo 2015 that made it great.

Once all the Roovians have said goodbye to The Farm for yet another year, it is the job of Clean Vibes volunteers to thoroughly clean the grounds and officially put the festival to bed. While it is a ton of hard work, I meet the best people through doing Clean Vibes. Something about bonding over doing the equivalent of prison labor really tends to bring folks together.

Thursday as I was sitting under a tree between This Tent and The Other Tent, a group clad in classic cheerleader squad gear approached a woman sitting near me, and one of the cheerleaders started a conversation with her. When it came up that this was in fact her third Bonnaroo, the cheer squad burst into a song, declaring it to be her Bonnaroo birthday, akin to the antics of the Mad Hatter and March Hare.

Things like that just happen on the Farm. It’s normal. Real life should be more like Bonnaroo in this aspect.

There’s nothing quite like watching the sun come up over a music festival while dragging oneself back to camp after a long night of music, and what makes it even better is all the groggy-yet-happy “good mornings” exchanged between campers. A couple naps in the shade throughout the day help to ward off the crankiness. Pro-tip: bring a hammock.

When a few last-minute additions were made to the schedule, a Silent Disco slot and a Christmas Barn slot had a few asking “Snicklefritz?” Lo and behold (and thanks to the internet for clarification) Snicklefritz turned out to be Cherub incognito. While I didn’t attend the Christmas Barn set, Jason absolutely killed it at the Silent Disco, making it very difficult for me to leave to go see Jamie XX. Speaking of sunrises, I wandered aimlessly after the Superjam was over, I followed the music (and obnoxious lights) to the Kalliope stage, where both members of Cherub were pumping out ridiculous remixes and their original songs into the early morning.

Honestly, I didn’t really like electronic dance music before I went to festivals and experienced it live, and I think this Bonnaroo has turned me into a junkie for it. The lineup was very EDM heavy this year, with Jamie XX, Flume, Flying Lotus, Bassnectar and Deadmau5, the first EDM headliner to be billed at Bonnaroo.

I stood right next to Nick Thune without even realizing it for five minutes. My camp mate said he saw McLovin (Christopher Mintz-Plasse) at a show. Zach Galifinakis introduced the Superjam. Music festivals are the best place for celebrities to wander around mostly unnoticed, because everyone’s wearing hats and sunglasses and paying attention to the music.

If Bonnaroo had superlatives, Chance the Rapper would be named King of Roo 2015.

He performed with SZA. He visited EWF with Kendrick. He showed up at Freddie Gibbs. His Superjam contribution was nothing short of dope. I’m almost positive he came out during at least one other set. This kid was all over the place.

As a self-proclaimed music nerd, I had an obligation to attend this throwback-themed Superjam, and I was not disappointed. I saw Rob Trujillo from Metallica perform “Enter Sandman” with a Pretty Lights light show and backing, and I’ve never felt so unashamedly excited about a Metallica song. I nearly lost my voice when DMC performed “It’s Tricky,” hearkening every word from a time when I played SingStar on Playstation every day. My only complaint is the screen outside The Other Tent wasn’t working, and the crowd was entirely too large for the venue, so the only people who could see were those in front of the sound booth.

If anyone had any doubts as to the current state of rock, it seemed that Bonnaroo did everything it could to eliminate them. I love a good EDM heavy lineup just as much as any festie, but Bonnaroo balanced it out with From retro psychedelic act Temples and grungy garage sounds from Courtney Barnett to My Morning Jacket’s modern psychedelic sounds and Robert Plant (need I say more?). There was something for every rock fan, even Against Me! for the punks and Slayer and Between the Buried and Me for the metal heads, and too many other great acts to name.d.