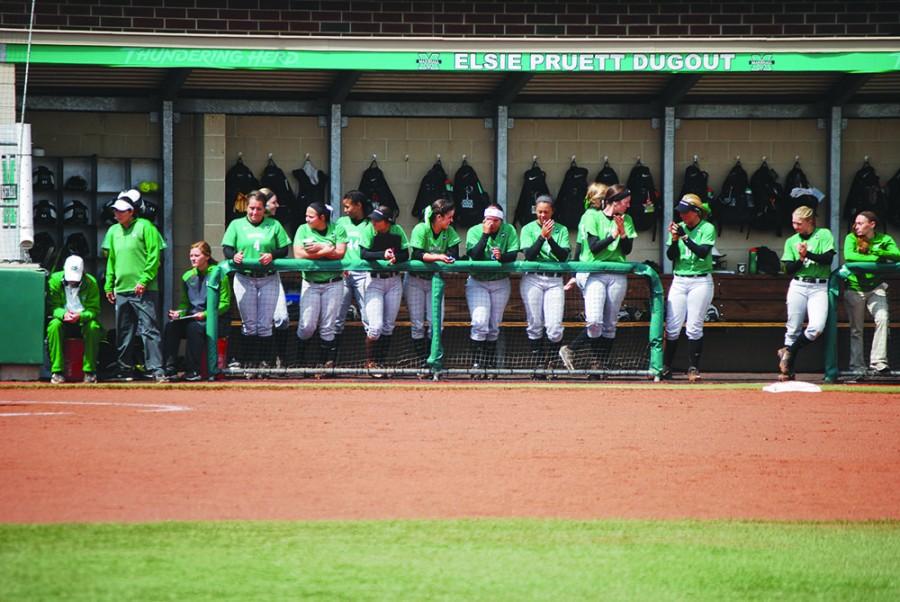 The Marshall University softball team will face C-USA teams in a tournament for the conference title.

Finals begin May 4, the day after the Thundering Herd wraps up its final regular season series against University of Alabama-Birmingham and just three days before the conference tournament.

Depending on what happens around the rest of C-USA, the Herd could be a just a few wins away from clinching tournament berth.

Head coach Shonda Stanton finds planning and preparation to be key in this hectic homestretch of the season.

“It’s all about preparation,” Stanton said. “It’s kind of like today, what we did was, we gave them off yesterday and they had all day to get things done. We (also) gave them study hall last night. Then today, we were supposed to practice, but we brought them in and they were studying and doing some things.”

Study hall is an opportunity for players to get together and finish all of their academic work with their coaches standing by to ensure they stay focused.

Freshman infielder Elicia D’Orazio said it is important to have someone pushing them to get their work done.

“I think study hall helps a lot,” D’Orazio said. “Coach Bell is my academic adviser and she’s always on me making sure my grades are good and I have my work done. (It is about) doing it ahead of time and not the night before.”

Sophomore outfielder Morgan Zerkle explained why there is even more pressure on the team to be ready for finals this year.

“(We are) traveling and going to UTEP this weekend and then conference,” Zerkle said. “We’ll have to leave early for conference so we’re going to have to take finals early. It’s just really important, and I think good that we’re spending a lot of time on studying.”

Marshall will travel for a three game series against UTEP this weekend before five home games to round out the regular season.

Adam Polsky can be contacted at [email protected]marshall.edu.