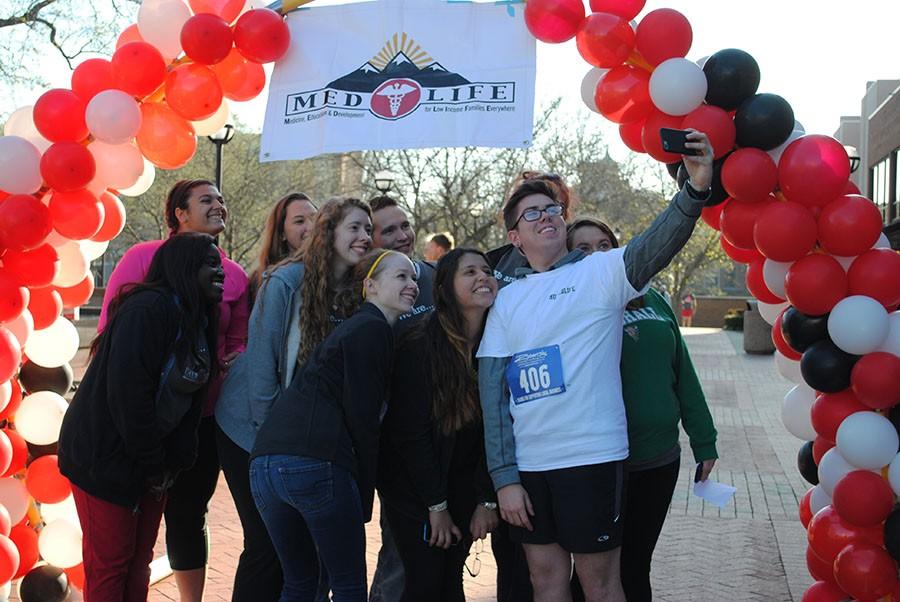 Marshall Medlife Members pose for a selfie at the finish line of the Medlife 5k on Marshall's campus Saturday.

The money raised is to support two organizations, Lily’s Place in Huntington and a project in Peru, A House for Soledad.

There were 47 participants in the race that went around Marshall’s campus.

“We expected a few people,” Mullins said. “But I did not expect 20 people to register day of, which is awesome.”
Barboursville resident and Marshall alumna Kim Legg participated in the race.

“I am a big supporter of Lily’s Place,” Legg said. “I know that they have worked really hard to get that started, so I’ve donated before, and I was excited when I saw this. It was an opportunity to help.”

According to its website, Lily’s Place is “a recovery center dedicated to caring for the behavioral health of infants born with prenatal exposure to drugs.”

The other organization, A House for Soledad, benefits a mother in Peru who was raped at a young age and her son. The funds will help build the two a new home.

Co-President of Marshall’s Medlife chapter Ana Ramirez said she is passionate about the project because she is originally from Peru.

“I think that especially in rural areas there’s a real need for a medical outreach,” Altizer said. “There’s a pretty significant population in rural areas that don’t get the healthcare they need.”