“I chose to play here at Marshall because I wanted to be a part of a winning program so close to home." -Utility player Madi Marshall 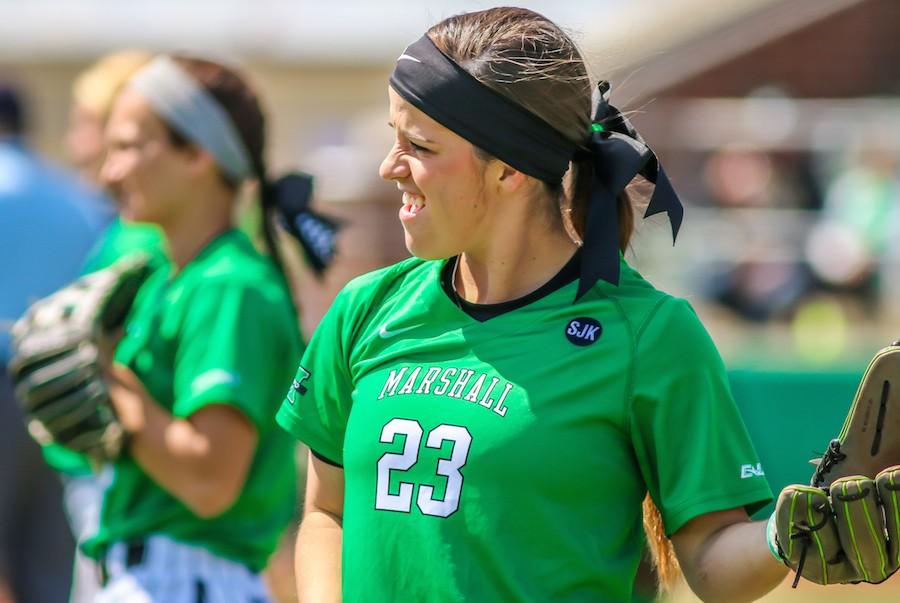 The Thundering Herd softball team swept Wright State University Tuesday in a doubleheader at Dot Hicks Field. The Herd won the first game 3-2 on a walk-off by Morgan Zerkle and the second game by a score of 11-2.

The Marshall University softball team has seven players from West Virginia on a team with 21 players, where recruiting is popular in states like California, Texas and Florida.

On a campus like Marshall, having strong roots from West Virginia is a big deal to the community.

“Morgan, Jordan and I all played travel ball together when we were eight years old,” Zerkle said.

Madi Marshall is a freshman from St. Albans, West Virginia who was usually a high school rival for Zerkle and the others.

Like Marshall, freshman Kylie Howard who is from Glen Easton, West Virginia, also was a competitor within this group before coming to Marshall.

“She was farther up north,” Zerkle said. “So we didn’t know each other as well, but when I heard she was coming to Marshall I knew the name. I knew she’d gotten the Gatorade Player of West Virginia the year before me, so I knew she was going to be a competitor.”

“As for playing together, it’s so fun to see each other succeed because we know how hard it is for girls from West Virginia to standout,” Zerkle said. “Being able to play close to home is a remarkable feeling. Not many people have the opportunity to play right where they grew up. I chose Marshall University because my family and the people in West Virginia mean the world to me.”

Marshall said she knew her West Virginia teammates before she started playing for Marshall.

“I knew all of the West Virginia girls besides Kylie Howard and Caitlin Gale before coming to Marshall,” Marshall said. “I had always played against the Midland girls and knew how good they were. Alyssa Woodrum was also a huge rival of my high school’s team because of being in the same region, usually who we would play in the final game. Playing together is rewarding because after all these years we finally get to be on the same team, fighting for the same goal.”

Marshall said the support system from not only her family, but from the families of the other girls is a great feeling.

Marshall said. “Getting to play with all the girls I grew up playing against is such a feeling of satisfaction.”