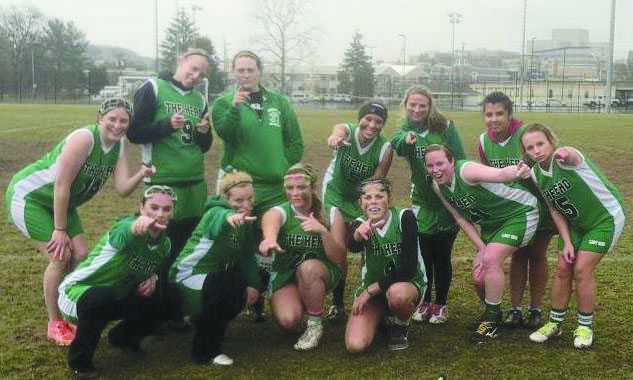 The Marshall University women’s lacrosse team was preparing for what was going to be the first home game in program history.

The game that was scheduled for 2 p.m. Saturday against Indiana University of Pennsylvania, was cancelled due to IUP not having enough players.

Unlike other teams, women’s lacrosse has never hosted a game at Marshall because it  did not have a home field to.

This year, the team are fortunate enough to have the 29th Street field to practice and host its own tournaments.

Captain Sophie Cooper said the team has been looking forward to this game since the start of the season, and members were disappointed when the game was canceled.

Captain Sophie Cooper said the team has been looking forward to this game since the start of the season, and members were disappointed when the game was canceled.

“We were all pumped since it would have been the first home game in women’s lacrosse history at Marshall,” Cooper said. “When I told the team we weren’t going to be playing, we were all really upset.”

Now the team is focused on preparing for its final two games, April 11 against Slippery Rock University and Grove City College.

“I’m excited to see how these games go,” she said. “We just faced Slippery Rock at our Dayton tournament and lost. We are looking to pull out the win against them for sure. We were pretty evenly matched so it will be exciting to get a rematch in.”

Marshall senior and coach Sarah Conners, who started the program at Marshall in 2012, said she is upset about the game cancellation.

“I am really upset because this was going to be my last game,” Conners said. “My whole family was going to come and now my lacrosse career is ending on a forfeit.”

The team is looking to achieve a new goal this season because they have never made it to the playoffs before. They will face Grove City at 11 a.m. and Slippery Rock at 1 p.m. April 11 in Grove City, Ohio.