The Harlem Globetrotters return to Huntington, bringing a smiles to the Big Sandy 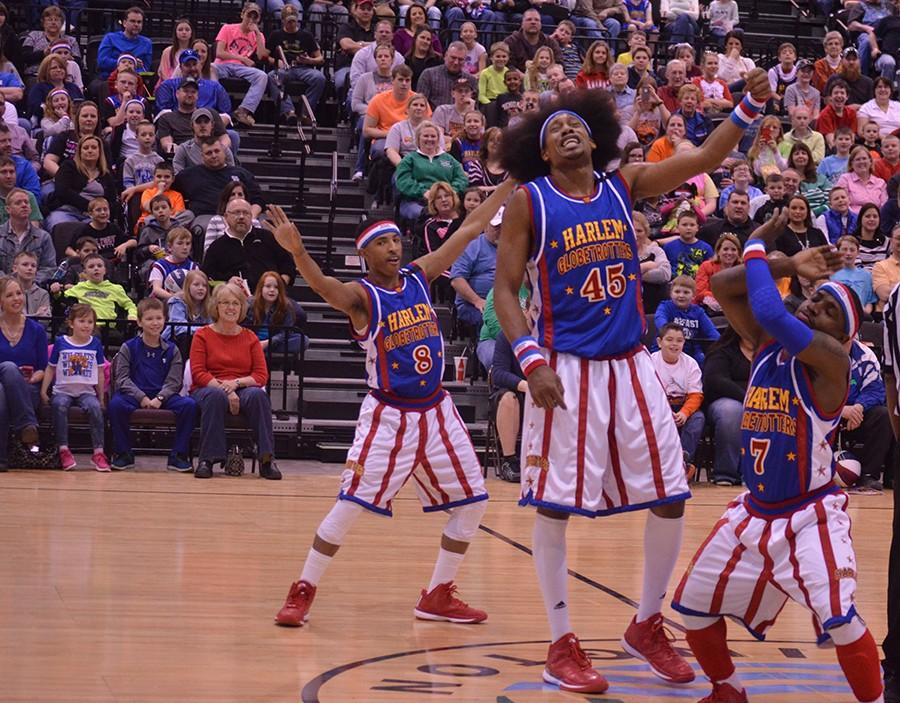 The Harlem Globetrotters beat the Washington Generals 86-84 in overtime Wednesday at the Big Sandy Superstore Arena.

Tydran “Crash” Beaty scored the final two points of the game on a ferocious slam-dunk.

While the team extended its decades-long winning streak, Shane “Scooter” Christensen, 10-year Globetrotter veteran, said the outcome of the game has very little to do with the team’s purpose.

“One thing I can always say is that the people never remember the score,” Christensen said. “They always remember having fun, and that’s what we’re all about.”

Christensen, who has held Guinness World Records for the amount of time he spun a basketball on his head and nose, said his goal is simply to make people smile.

“You never really know what kind of day the fans are having,” Christensen said. “And you know if you come to a Globetrotter game, you’ll always go home smiling. The reason why I say that is because sometimes we go to other countries where we may not be able to speak the language that well, but we always get that message across to them. And we must be doing our job if they’re having a good time.”

Julian “Zeus” McClurkin, first-year member of the Globetrotters, said the joy on the faces of fans is what it is all about for him.

“You just cannot put a price on it,” McClurkin said. “The kids are the best, just seeing their reactions to our jokes and our tricks is awesome. I’m not sure if there’s a better job than being a member of the Harlem Globetrotters.”