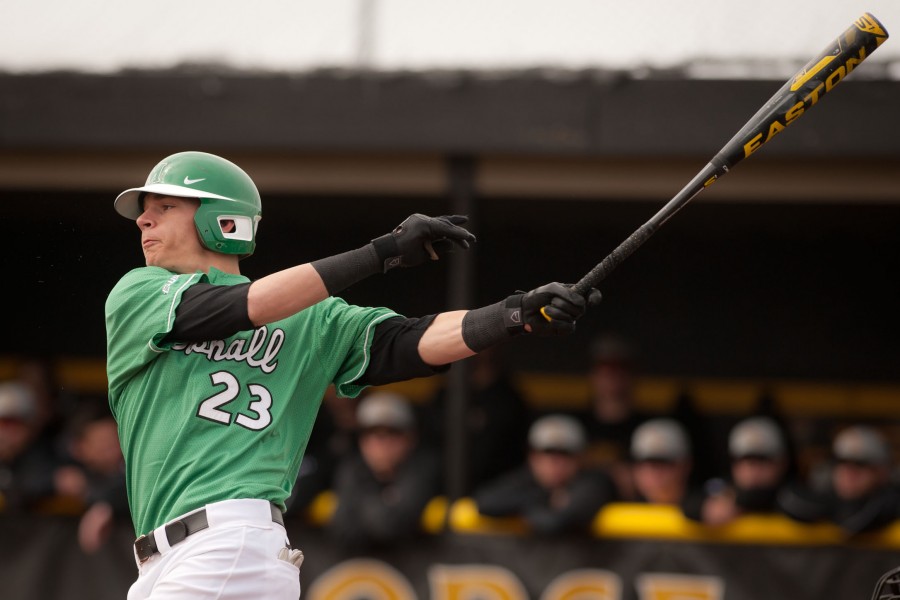 The Marshall University baseball team plays a three game series this weekend against the University of Texas at San Antonio in Beckley.

Originally, the Herd had a scheduled home opener Tuesday against the University of Akron, but the game was canceled  because of the recent weather events.

In the first game, freshman Tyler Ratliff hit his first homerun of his college career.

The Herd lost to UTSA last year in a three-game series 2-1 and finished conference play 10-19.

“We just need to keep the momentum rolling into the weekend and play like we know how,” Dean said. “If we do that, I believe we can compete with anyone in our conference.”

This is Dean’s first season with the Herd because he transferred from Fresno City College in Fresno, California. Dean was a 2014 Preseason All-American while at Fresno College.

“I didn’t know how it would be, me being an older transfer,” Dean said. “I’ve been able to fit in great and all I’ve been trying to do is my part to help this team succeed.”

“We are working and competing as a team, like I said we are ready to come out strong and compete,” Leon said.

Dean said the team’s goal is to win every series they play.

“I think all the guys really want to get those seniors to a conference tournament because they haven’t been to one,” Dean said. “It would send them out with a bang.”

The last time the baseball team competed in a conference tournament was the 2010 spring season.

The team’s current record is 6-8, with two road wins and four wins on a neutral field.

The next home game for the Herd is scheduled for 3 p.m. March 18 against Morehead State University.