"Each of these entities by themselves bring something that creates a differentiation for us in the Huntington area that sets us apart from other communities not only in West Virginia but throughout the nation." 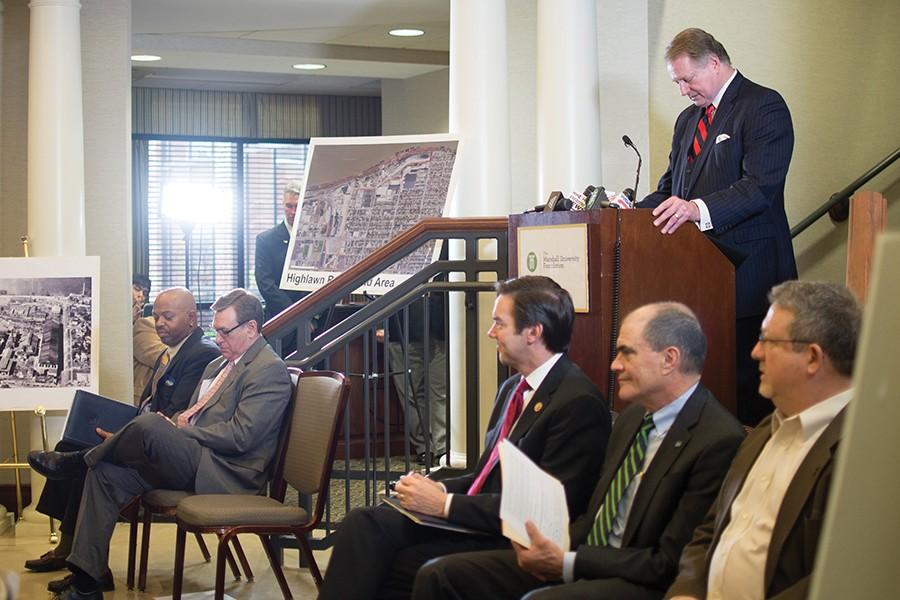 Huntington Mayor Steve Williams announced Monday Huntington was selected as one of 20 communities to receive a $200,000 grant from the United States Environmental Protection Agency.

The grant, received under the EPA’s Brownfields Area-Wide Planning program, will help transform former manufacturing facilities between the Highlawn neighborhood and Marshall University.

Williams said the AWP grant will fund cleaning and proper preparations necessary to construct a baseball field for Marshall’s team and a polymer center.

“I am committed to having a baseball stadium,” Williams said. “Anybody who will be coming in under the development will understand that’s something that I am interested in assuring occurs.”

Williams said the goal of creating a polymer center is to train individuals in polymer manufacturing and bring in individuals who have ideas for polymer development.

“Each of these entities by themselves bring something that creates a differentiation for us in the Huntington area that sets us apart from other communities not only in West Virginia but throughout the nation,” Williams said.

Brownfields, as defined by the EPA, are properties in which reuse may be complicated by the presence or potential presence of hazardous pollutants and contaminants.

Mark Ferrell, director of intergovernmental relations for Region III of the EPA, reported the EPA has invested more than $19 million in brownfield projects in West Virginia, including an assessment grant of $200,000 for Huntington in 2008.

“This city has a proud industrial heritage,” Ferrell said, “and your leaders have demonstrated a forward looking vision for returning old dormant properties to new and productive reuse. Standing here today, I’m proud of the partnership EPA has with West Virginia brownfields assisted center.”

Ferrell said Huntington could transform more than 78 acres of former manufacturing facilities that lie vacant and waiting to be reawakened with the award.

Alan Letton, president of Rubberlite, said the commercialization will not only transform Huntington into a leading manufacturing community, but also the economy of the state.

“What Rubberlite brings here is the opportunity to really focus our expertise in business and our partnerships in business to bring them here and recruit them and show them that this has become a haven for manufacturing,” Letton said.

Further progressions toward the planning and governing of the polymer center are in development.