Al-Qaeda attacked us, not the nation of Islam. 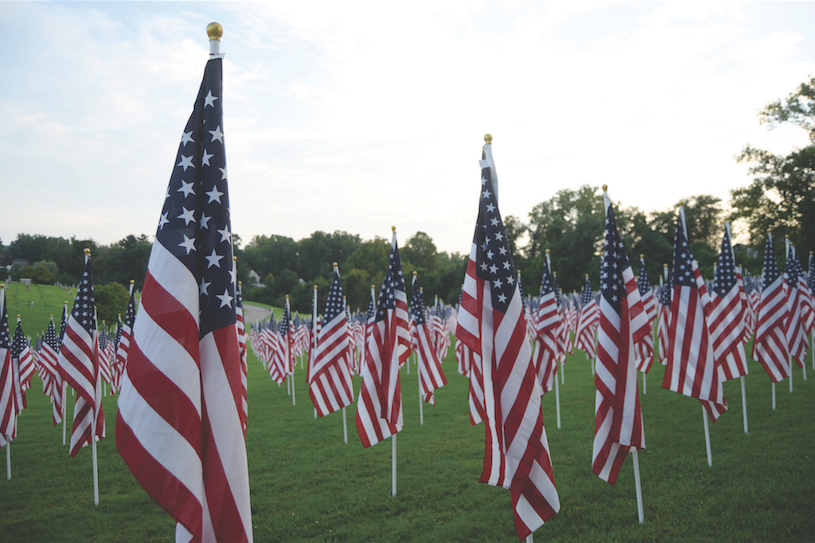 The Healing Field in Spring Hill Cemetery is a memorial for those who died Sept. 11, 2001, the 1970 Marshall plane crash victims and veterans of the armed forces.

Thirteen years have passed since the events of Sept. 11, 2001. When the towers fell, American racism rose.

Some would say this hatred toward Muslims has decreased—that time has healed the wounds and erased the scars that 9/11 left behind.

Even though there may not be regular occurrences of outright racism associated with 9/11 anymore, it is still present. The looks of distrust and anger may have faded, but the stigma has not.

Even today, if a Muslim in traditional headdress steps onto an airplane or boards a bus, one can witness the passengers’ sudden change in body language that indicates a sense of discomfort and concern.

The problem here, aside from the racism itself, is all the hatred and distrust stems from the ridiculous assumption that every Muslim is a terrorist and will kill for his or her beliefs.

Al-Qaeda attacked us, not the nation of Islam.

Muslims have said for years, ever since the attacks, Al-Qaeda does not represent the beliefs of the Quran. There are extremists, and as such, perform extreme acts to express their beliefs.

While it is true the Middle East is a violent place where religious beliefs are the seed from which such violence grows, to assume terrorists — Al-Qaeda, or any other terrorist group — is representative of an entire group of people is a simple-minded philosophy.

Apparently, they have forgotten about something called the Crusades — seven military campaigns with the general edict of conversion or death.

Furthermore, the Quran teaches virtually the same lessons as the Bible, since they are inexorably linked, not to mention that there are sects of violence in all religions since the dawn of belief.

In fact, throughout the course of human history, religion has caused more war and bloodshed than any other reason.

People who form a hatred for an entire race of people (or many races, in the case of Muslims) based on the acts of a small percentage clearly do not understand that for every religious message conveyed, countless interpretations of that message will arise.

Racism of any form is detrimental to society in general, even racism based on extreme acts of violence. More importantly, it is the people who do the act — not the religion they claim to represent — that must be brought to justice.