Herd basketball to take on a double dose of Florida 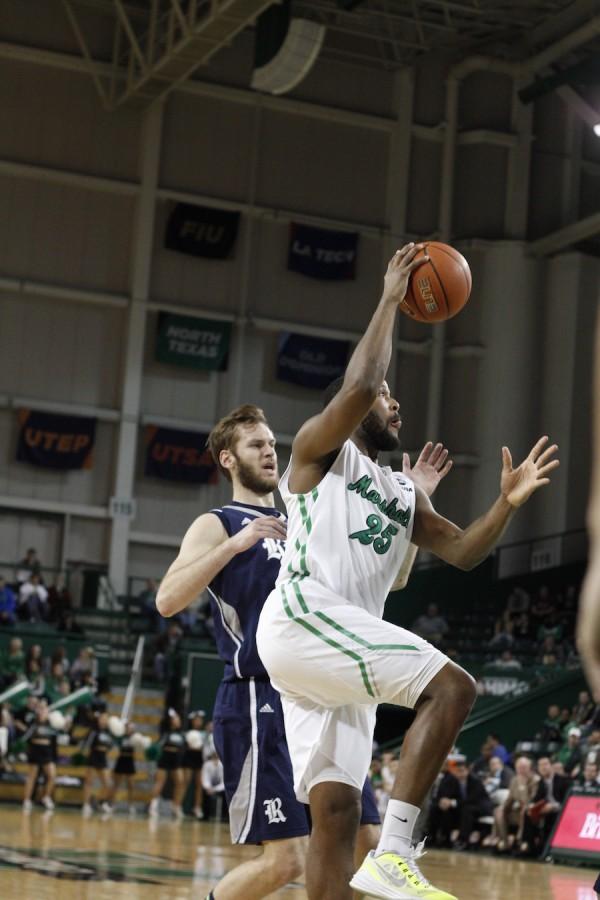 The Herd lost by four points in overtime the last time it played against FIU.

The last time the Herd played FAU, it lost by 14 points in regulation.

Junior guard Justin Edmonds said despite the previous losses, the team has the motivation to get two wins this week.

“I think everybody’s practicing and playing better,” Edmonds said. “It’s just on the road, we kind of lose the focus a little bit, but at home, as you can tell, we’re a pretty good team, and we feed off our crowd.”

Head coach Dan D’Antoni said the team has more success than people expected and is prepared for the Florida matchups.

“We’re looking forward to it,” D’Antoni said. “Again with two wins here, we can get up into the middle of the pack and win a lot more games than they did last year.”

Saturday’s game against FAU is senior night for the Herd and a kelly green out for the fans.

Senior forward Cheikh Sane said with only two home games left, he is hoping to get a win.

The Herd will lose three seniors at the end of this season and head coach D’Antoni said he hopes the crowd continues to follow the team after the seniors graduate.

“The seniors that started here have started a new tradition, and they’ve started moving Marshall back up to prominence,” D’Antoni said.

Sane said the team looks ahead to the C-USA tournament March 11-14 at the University of Alabama Birmingham.

“I think we just got to come together and get these two wins and try to get ready for the conference,” Sane said.

Coach D’Antoni said the team has beaten top teams in the conference such as UTEP, Western Kentucky University and the University of North Texas.

“We’ve shown we can play at a level high enough to beat the best, so we have to go in there and see what happens,” D’Antoni said.

Thursday’s game is “Throwback Thursday” with tickets available for $6.67 and students who dress in their best 1960s apparel can participate in a dance off to win cash and prizes.

The game will be televised on the American Sports Network.